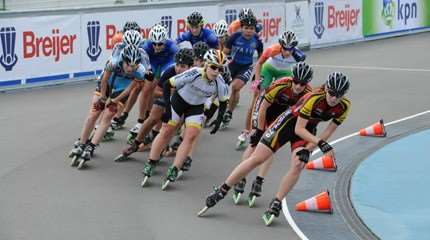 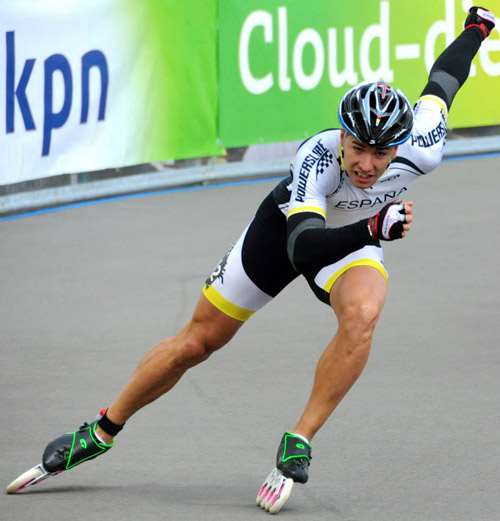 Faithful to his reputation, the World Champion  Ioseba Fernandez (Spain) took the first place of the 300m time trial with a 24.581 time. He beats Darren De Souza (France) for a tenth of a second (24.607). The French skaters is a rising star of the discipline, he realized the best time of the heats. Darren nearly missed his last bend in the final. He had to stop his sprint a few meters before the line. Ioseba be careful!
The local skater Ronald Mulder took bronze (24.703) ahead of his brother Michel Mulder (24.810).

The French National team is well placed at the front of the pack during the race with Alexis Contin Nolan Beddiaf and Elton De Souza. The Spanish skater Patxi Eula, the Dutch Ariens Crispijn and the German Felix Rihjnen were also very active... 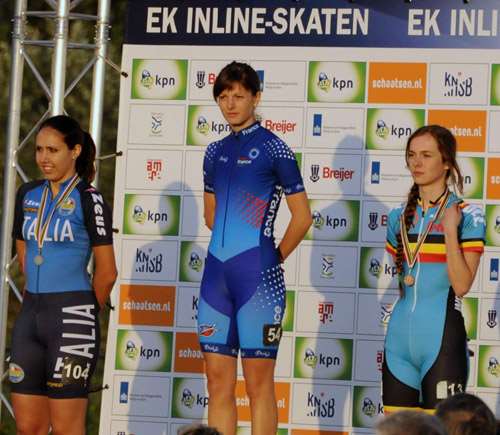 The French team is leading the pack to control the race. The Italian Fabio Francolini is well placed behind the French, waiting for the final sprint. In the last laps, Ariens Crispijn (Netherlands) attacked 4 laps before the line, a bit too soon. Alexis Contin chased with Paxti Eula in his wheel. Fabio Francolini accelerated, Alexis Contin tried to control but the Italian skater was faster in the straight lines.

The skater of Powerslide team Manon Kamminga (Netherlands) did her best in front of her public.

In the last laps, Manon Kamminga escaped. She crossed the line well ahead.
Behind her, Justine Halbout (France) took the best in the final sprint ahead of the German Sabine Berg.

The level was very high in the junior's race. Viktor Thorup tried to enter in the italian train without success. Some Dutch and German skaters fell during the race.

Italy did a perfect race with its three skaters on the podium. Matteo Melis, Giuseppe Cistola and Alberto Putignano did a great team race. The won the sprint ahead of Stefan Due Schmidt (Germany) and the lonely French skater Raphaël Planelles 21 seconds later.

Deborah Marchand (France) was the favorite of the elimination race and she has not disappointed her fans.
Well supported by Léna Labat and Marie Poidevin. Her teammates attacked one after the other to push the other nations to react. Half way to the finish line, Deborah Marchand escaped. Belgium and Dutch skaters tried to come back on the escapee without success. Deborah marchand managed to take one lap to the pack before the finish line. She took the first place in front of Giulia Lollobrigida (Italy) and Sandrine Tas (Germany).

In the overall medals ranking at the end of the first day: 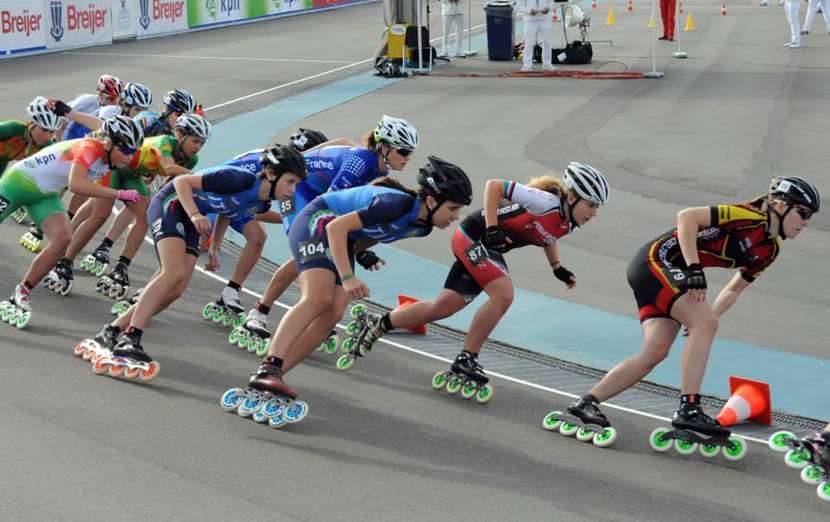