“Under the Helmet”: A Tribute to Rink Hockey Goal Keepers 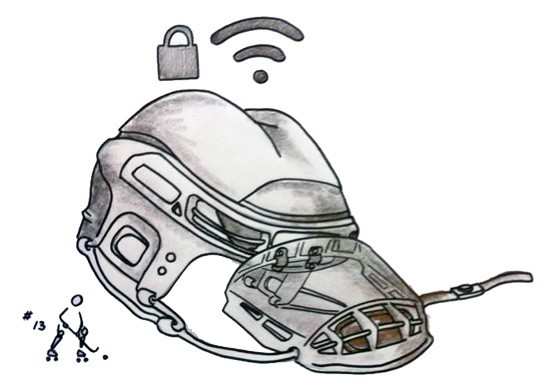 "In a Rink Hockey team, the goal keeper is the one wearing the helmet.
They are not always the captain, the best, the taller, the more beautiful, nor the craziest (no matter what some may think), but they are the ones who are under the helmet.
They are different from the other players, even if all players are different, but they've got one thing in common: they love hockey.
Under the helmet, they've got one thing in common with the other goal keepers: they keep their eyes wide open.
I've seen goal keepers running, jumping, turning around the cage, dribble around a striker, shooting a penalty, lying on the ground, leaning on a pole, annoying the shooter of a direct free shot, keeping their cool during a tense game... but closing their eyes?
Closing your eyes and being a goal keeper is definitely incompatible.
And, under the helmet, each goal keeper is different. They will hold their sticks differently, touch the ball differently, place themselves in the cage differently, live the games differently, and experience hockey differently.
And, under the helmet, each goal keeper has a different face, mouth, nose, and eyes -- open, yes, wide open.
And if ever, as fortune has it, some appear in a movie, don't miss it. It will be full of emotion, joy, entertainment, suffering, suspense, magic, surprise, and excitation.
And look closely, even closer, because, most certainly, they won't have the leading role, but they won't be the ones who will betray the hero either, nor the ones that everybody will forget.
To all the goal keepers, men and women, who see hockey through other eyes."