The Exceptional Team Selection of the 2017 Nations’ Cup 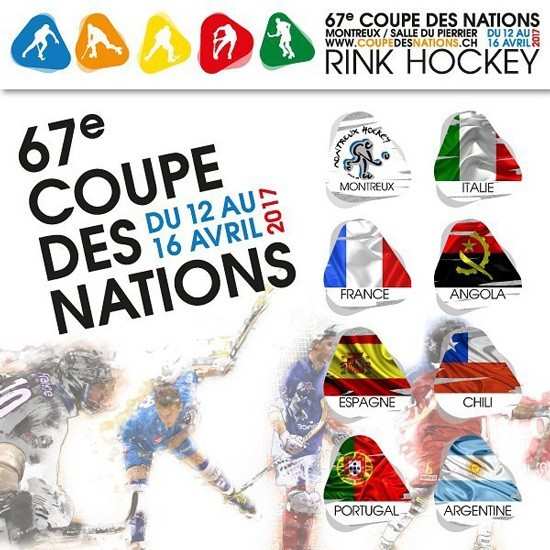 The participating teams of the 67th Nations' Cup of Rink Hockey has been released by the Swiss organization little by little throughout the weeks. The level promises to be exceptionally high this year, with a wide representation of Latin teams. Much remains to be done for Portugal to keep their title, won in 2015. Latin America makes a noteworthy comeback after being absent from the 66th edition.

Indeed, Italy, Portugal, Chile, but above all Argentina, the 2015 World Champion in Vendée (France) will be much awaited. The latter hasn't taken part in the Nations' Cup since 2011. Angola is also in the running this year.

Save the date: April 12th to 16th, at the Perrier Sportshall of Montreux, Switzerland. No doubt that the competition will be a great preparation for the upcoming 2017 Roller Games in Nanjing (China).

The Junior Tournament – An Incredible Experience For Young Skaters

The André Wider Challenge will also be played again for the 3rd time. This tournament, organized on the side of the Nations' Cup, is an incredible experience for those young skaters, who can share the same field as the world star-players of their sport.

The festive dimension of the event will be there too. Each day, fans and curious spectators, friends or family, will have the opportunity of gathering over drinks and food in a lively atmosphere.