Hi, it’s Kozmic, or Chloé, as you like, and I’m still in my living room, where I pushed the furniture to ROLLERSKATE!

Today let’s unlock a rather classic move, belonging to the SHUFFLE family (see video at 0:13 for demo). We’re going to break it down and go step by step!

First of all, let’s take a look at the tool that is at the very base of the SHUFFLE: the PIVOT.

Pivoting: When your foot CHANGES DIRECTIONS while keeping a POINT OF CONTACT with the ground, which will be either the toes or the heel.

Get used to pivots in mixing them all up! Play with speed, alternate feet, alternate toe and heel… (see demo at 0:53). 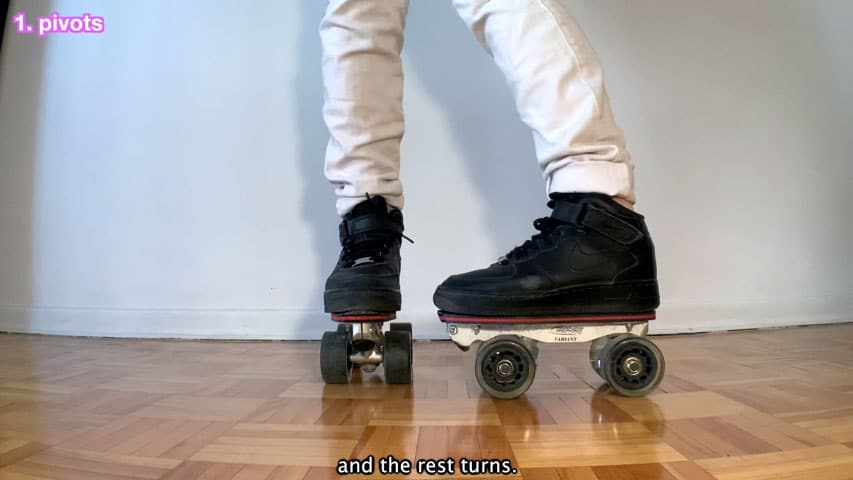 Now that we’ve seen the pivot, we’re going to integrate this tool into moves we already know!

Let’s start by making a SIDE STEP, but SHUFFLE style. (For more details on the SIDE STEP, see this tutorial).

By the way, let’s note an important detail: in the return direction, since you’re going the opposite way, the pivots work in reverse: you “open” by pivoting on the toes.

Now, let’s apply this tool to the TWO-STEP! (For more details on the Two-Step, see this tutorial).

To assimilate this whole second section, juggle with these two moves: apply the accordion on both of their phases… or just on one! (see demo at 2:07).

Example: Side-Step with 1) a step to the side 2) an inwards accordion… 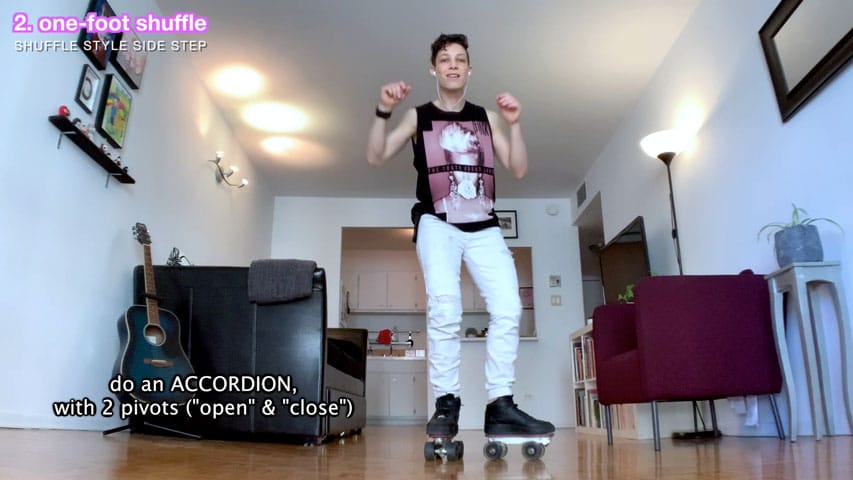 This 3rd part acts as a transition to prepare our brain for what follows in part 4! Let’s stay on the Shuffle style Two-Step, but this time, alternating feet at each pivot!

If you’re having a hard time at first, it’s normal! Foot 1 does the outwards accordion and Foot 2 does the inwards accordion. Thus, while Foot 1 opens on the heel, Foot 2 opens too but on the toes!

To RECAPITULATE the progression so far, we’ve seen 4 pivots in a row per foot with the Side-Step, then only 2 with the Two-Step, then 1 with the Alternate Shuffle… Guess what happens next? 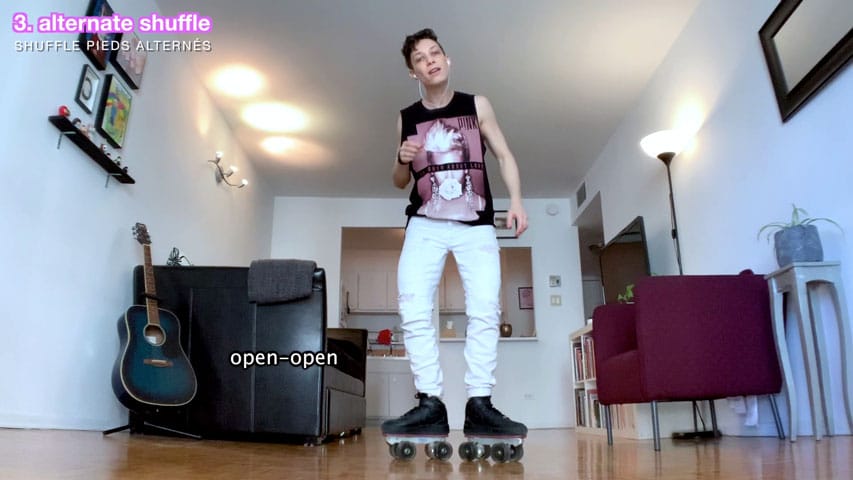 That’s right, we’re going to move our feet SIMULTANEOUSLY! Do the Alternate Shuffle again, but now with your feet moving at the same time!

First, we’ll focus on the placing of both feet in relation to each other (to get a clean FORM), and then we’ll see how to TRANSITION from one side to the other.

Place your feet in a T-shape, with the foot of the side where you are going slightly forward. Your feet are perpendicular, and the foot across is centered. And you do series of Open T, Closed T.

Repeat several times on the same side to get used to the placing.

And to change sides, do a RESET by putting your feet parallel, before placing the other foot in front (see demo at 2:11).

Now that we have the form, let’s add the last touch: the transition from one side to the other.

Until now, we used to do a RESET to get the back foot in front and change sides. Now, we’re going to link the phases RESET + OPEN T by rolling the foot forwards directly on the heel (since it opens on the heel).

And there you go, the move is complete!

Once you’ve understood the theory and integrated the stages, give your head and body time to assimilate it and the sequence will become natural! 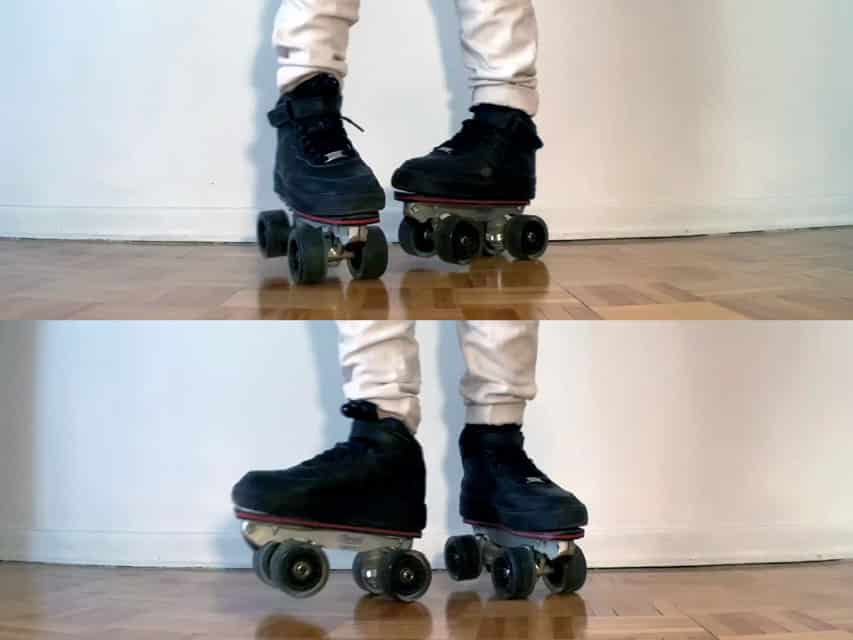 Let’s wrap this up with a RECAP COMBO featuring the different stages of the tutorial (at 4:38). You can apply all these tools to already known moves to create variations and enrich your “move library”!

Chloé Seyrès aka Kozmic Bruise #8612. Hardcore skater since forever. Former inline freestyle slalom champion, has switched to the quad side with derby and dance and more. Also international judge in freestyle and certified agility coach. PS: Translator and linguistics consultant in parallel life. 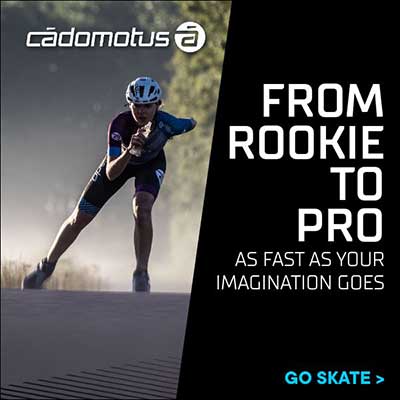