Second stage of the Europa Cup in Geisingen (Germany) 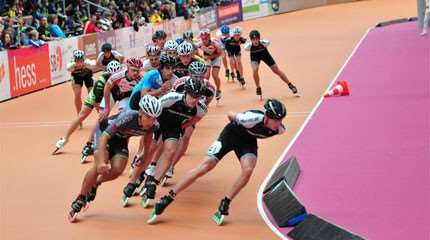 Results of the weekend 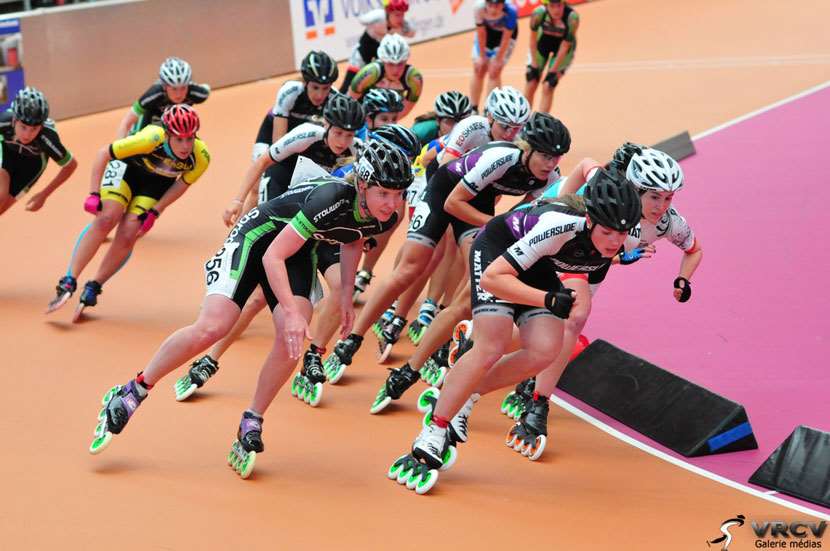 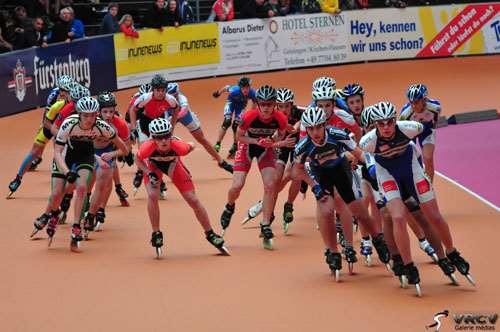 The skaters are ranked on a total of four races (two distance long distance races and two sprints):

The winner get one point, the second gets two points, the third three points, etc. The skater with the fewest points wins the overall.

Manon Kamminga: most versatile skater of the weekend

In the senior women category, the Dutch Manon Kamminga (Matter Powerslide Racing) got the best in the overall classification.

She showed a great regularity, finishing 3rd and 5th of sprint races, winning the point race and taking the 4th place of the elimination race. Always in top 5!

She beat her teammate Katharina Rumpus (Powerslide Matter Racing) who finished second twice in a row in point and elimination races.

Despite her first place in the 200 m, the Italian World Champion Erika Zanetti got the 10th place of the overall ranking. Same scenario for Solymar Vivas (Venezuela) who finished first in the 500m and 12th overall.

In the men's rankings, we can say that the Belgian dominated the competition! If Bart Swings (Powerslide Matter Racing) has not been very sharp in 2012, he seems to start the year 2013 in excellent conditions. The ice traingin during the winter season seems good!
Bart did an almost perfect weekend. He won the 10,000 m point race, the 500 m and 15 km eliminations. He "just" got a third place in the 200m. With only 6 points to his credit, he is far above the second skater, the French Alexis Contin (Bont Geisingen Arena Team) who was also on the ice this winter. The German Felix Rijhnen (Matter Powerslide Racing) is only one point behind Alexis Contin.

Next stage of the European Inline Cup: from 26 to 28 April in Gross-Gerau. Stay tuned on OLS thanks to the live broadcast! 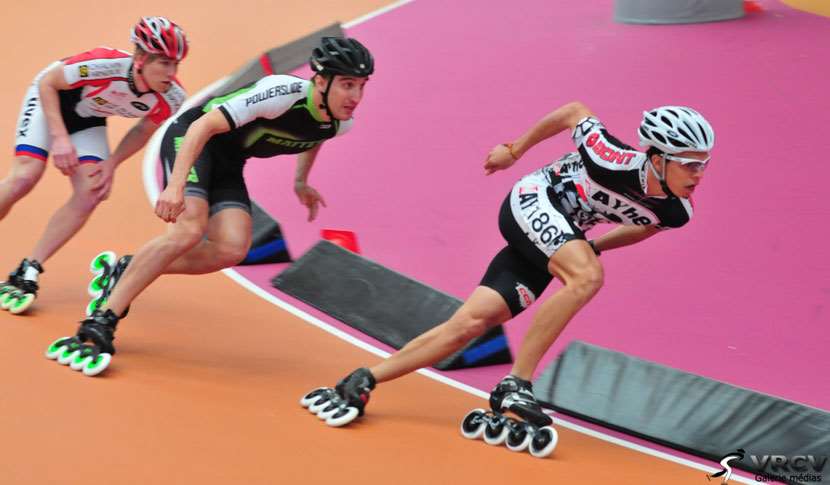 Complete results and the list of registered skaters here

Photos of the first day of competition (VRCV)

Photos of the second day of competition (VRCV)