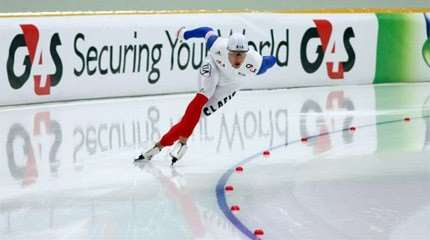 Back on the different races 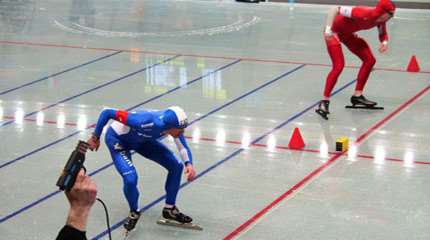 We all know that the South-Koreans are good at short-track, but they are far from being outdone on long track! Tae-Bum MO (702 points) ends up in front of Finnish Pekka Koskela (674 points) and Tucker Fredricks (USA).

As for the women, Chinese Jin Yu (960 points) dominates the discipline: she wins 4 competitions out of 6, leaving the 2 remaining to Korean Sang-Hwa Lee (890 points). German Jenny Wolf completes the podium.

American Shani Davis (600 points) wins by a short head at the general ranking of the 1000m thanks to a booming end of season. Indeed, he won the three last races of the season. He establishes himself in front of Sefan Groothuis (580 points) who had made a good start to the season and Kjeld Nuis (486 points).

The 1500m between Norway and Canada

Norwegian Håvard BØKKO (472 points) had to fight against Dutch Kjeld Nuis (430 points) to establish himself at the general ranking. Less than fourty points separate the two skaters. American Shani Davis is not far behind in ambush (425 points).

Benjamin Macé, the first French, ended up 10th at the 1500m in the A Category after only a few months of skating on long track. Moreover, he missed the race at Hamar. Alexis Contin is 12th thanks to great regularity throughout the season.

In the Women’s category, Christine Nesbitt (510 points) did it again in favor of Canada in winning 3 races out of 6 this season. She is at the top of the general ranking in front of Dutch Ireen Wüst (450 points) and Marrit Leenstra (401 points).

The Women’s 3000m sorted out by the Czech Republic

Women compete on 3000m, unlike men who compete on 5000m. At this little game, Czech Martina SÁBLIKOVÁ (650 points) didn’t give a chance to her opponents in winning all the races of the season. The other skaters fought for the rest of the podium: Stéphanie Beckert (410 points) ends up just in front of her compatriot Claudia Pechstein (405 points) and two Dutch…

The 5000m between the hands of the Dutch 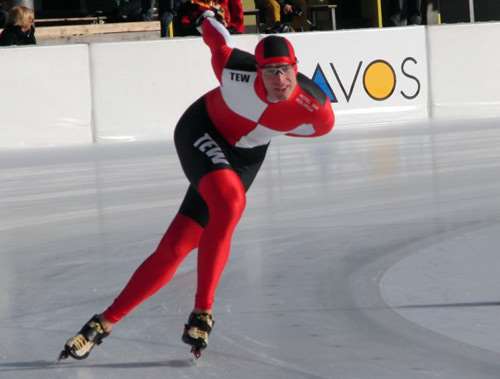 On 5000m, the podium is firmly held by Dutch Bob de Jong, Sven Kramer and Jorrit Bergsma who seize the first three places. Bob de Jong probably owes his first place to the absence of Sven Kramer during the Heerenveen 2 race. Let’s also note that Bob de Jong won at Hamar and Heerenveen 2. As for Sven Kramer, he won the Russian race at Astana and the final in Berlin.

Alexis Contin ends up first French. He takes the 5th place at the general ranking, 8 points only behind Dutch Håvard BØKKO. Alexis ended up 7th at the last race in Berlin, 9 seconds behind the unbeatable Sven Kramer.

Ewen Fernandez who is still preparing himself for the discipline, ends up 23rd at the ranking after a 22nd place during the final in Berlin…

Alexis Contin (250 points) hits hard in taking the first place at the general ranking of the mass-start, a 20 km race which was on the program of the events in Astana, Heerenveen and Berlin. He didn’t win any race but his regularity and his second place in Berlin propel him to the first place of the podium. He ends up in front of Jorrit Bergsma (212 points) and Jonathan Kuck (196 points).

Dutch Mariska Huisman (320 points) was a whisker away from complete success in winning 2 mass-starts out of the 3 of the season, and getting the 2nd place in Berlin. She shares the 1st and 2nd places with German Claudia Pechstein (310 points) who seizes the victory on the last round. Further, Anna Rokita (175 points) could only witness the fight between the first two medal-winners.

The Women’s Team Pursuit crowns the Canadians (390 points) who win 3 races out of 4 this season. Russia (355 points) takes the 2nd place in front of South Korea (320 points).

As for the Men’s Team Pursuit, the Netherlands (374 points) won 3 races out of 4, leaving the victory to the Russians at Hamar. The South Koreans (340 points) take the 2nd place in front of Germany (300 points) who completes the podium.

It’s a shame that France couldn’t take part by decision of the French Federation of Ice Sports (FFSG)! Yet, the French skaters have a good potential. Of course they would meet difficulties reaching the podium. But still their physical and technical skills could enable them to aspire to the Top-5. Let’s hope that the FFSG will review its decision for 2012-2013! This would still let a good year to prepare for the Olympic Games in Sotchi...

Check out the complete results of the competition in Berlin