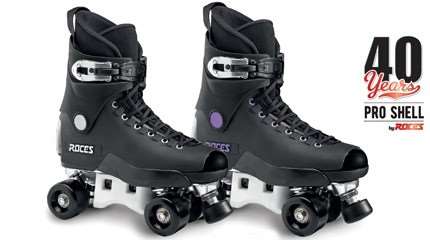 Annually new novelties, or not?

In 2018 the Pro-boot was having its 40th jubilee. The Pro-boot got built in 1978 for ice skating and since then they produced 7 million pairs. It got used for the Majestic 12 inline skate and for various quad models as well. It's a famous vintage model, but a little fresh air from time to time woulnd't hurt either.
The model Majestic12 from Roces in reuniting essential characteristics of various models: the sympathetic Roces Lab 4x100 mm, the serie Gymnasium 2.0, the Xenon - and other Argon - models. 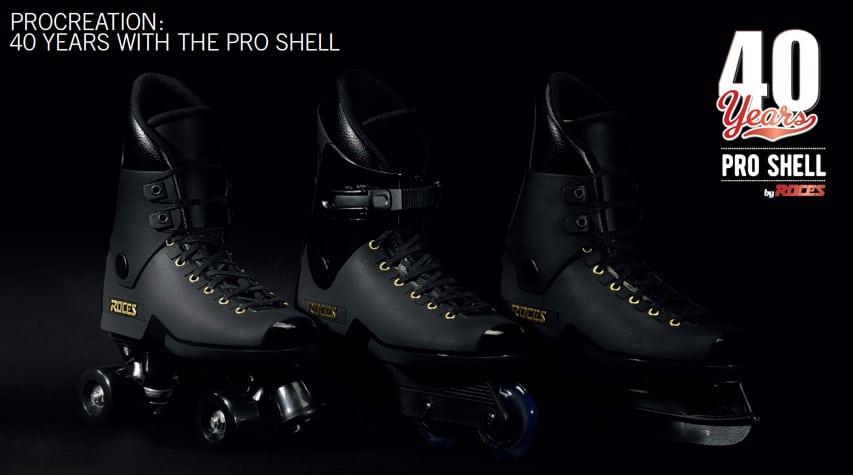 Some time ago we talked about the Roces X35 3x110 TIF. Its frame is built in the sense of an optical illusion so that it looks exactly like the wheels that are underneath it. That's how you really think there is no frame. In addition to its looks, the 3x110mm configuration offers a trump card in the urban freeride scene. 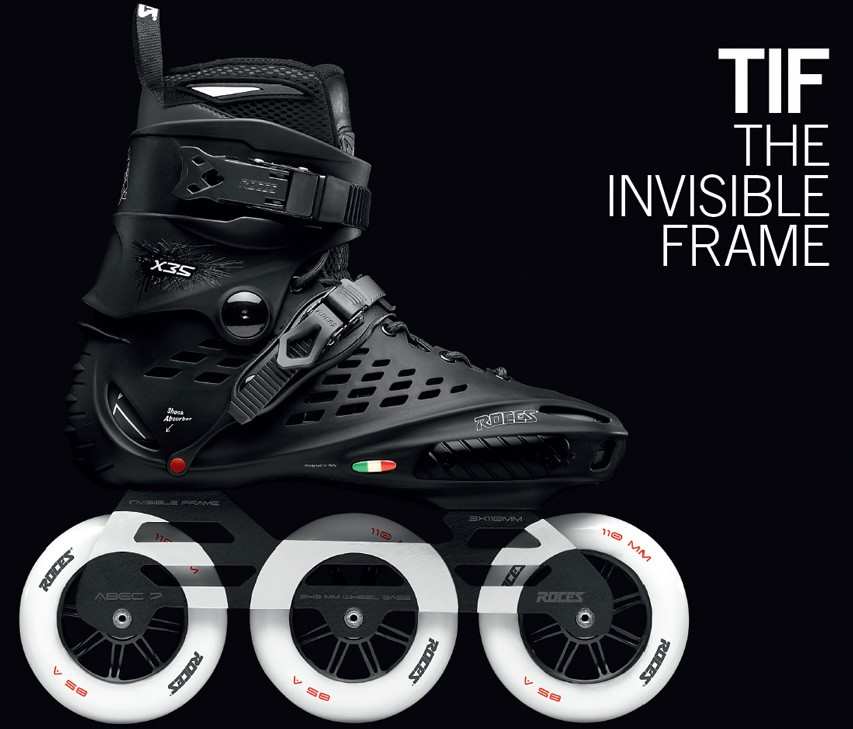 The series Pic and Icon

Roces designed the "Pic"- series, which constins of four models. The concept: The construction of several layers for stabilization at strategically useful points such as the ankles and an improved and reinforced shoe sole. The shoe can be tied quickly and has a breathable sole. This model is more suitable for occasional riders and short distances.
The "Icon" series is very similar, but the rail is made of a composite of polypropylene and glass fibre instead of an aluminium rail.

With the Moody model, Roces builds on his knowledge gained from the Compy series and the Jokey model. The Orlando model is still available. There's nothing new under the sun here.

Without much surprise (and without higher expectations), Roces again uses the Majestic 12 UFS boot. The UFS: Fortunately, Roces got the curve at the beginning of the 2000s, otherwise you might have thought time had stopped!
We note that the come back of the quads, the Pro4, (see below) with the grind block is more suitable for skate parks and bowls.
What can you say about the FCO Rental? A street skate mounted on a 76mm roller frame - a wheel size you haven't seen on fitness skates since the late 90s! 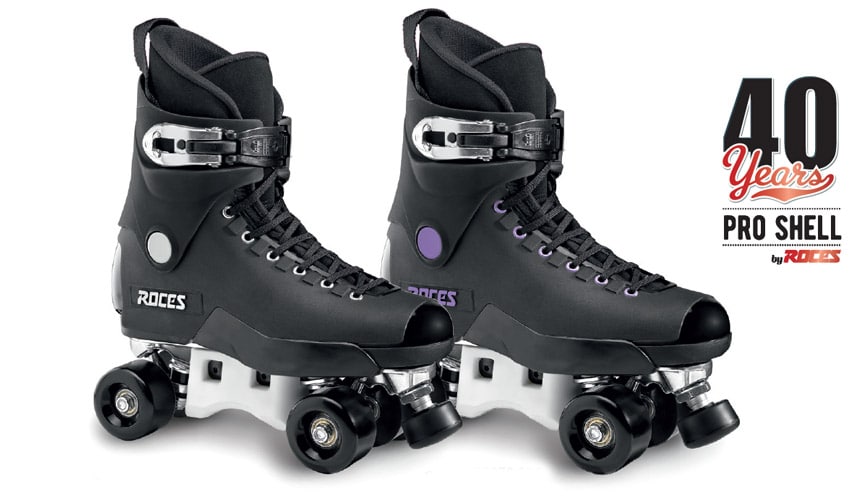 Roces Quads: Should I stay, or should I go? 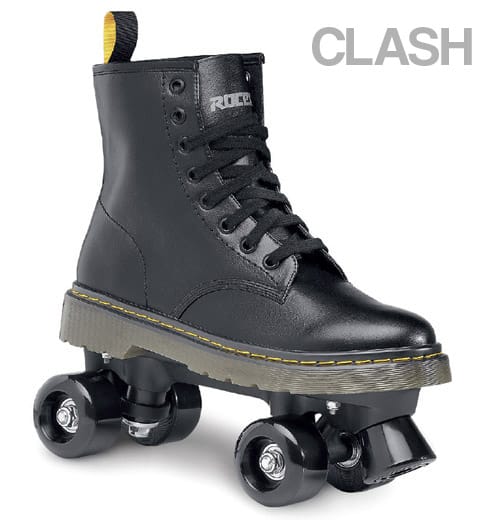 Like all competitors in principle, Roces has invested more in quad development in recent years, as they wanted to take advantage of the comeback. The roller derby, the roller discos, the nostalgia or Soy Luna has brought the love for roller skates back to life.

Technically speaking, the roller skate series are not new in the Roces 2017 and 2018 catalogues, but the new looks are more peppy.

Voilà, almost everything has been said! We continue to hope that Roces and other established brands will soon dare to innovate again. Of course, it is understandable that investments should be made with caution, but by resting the market will not continue to grow! 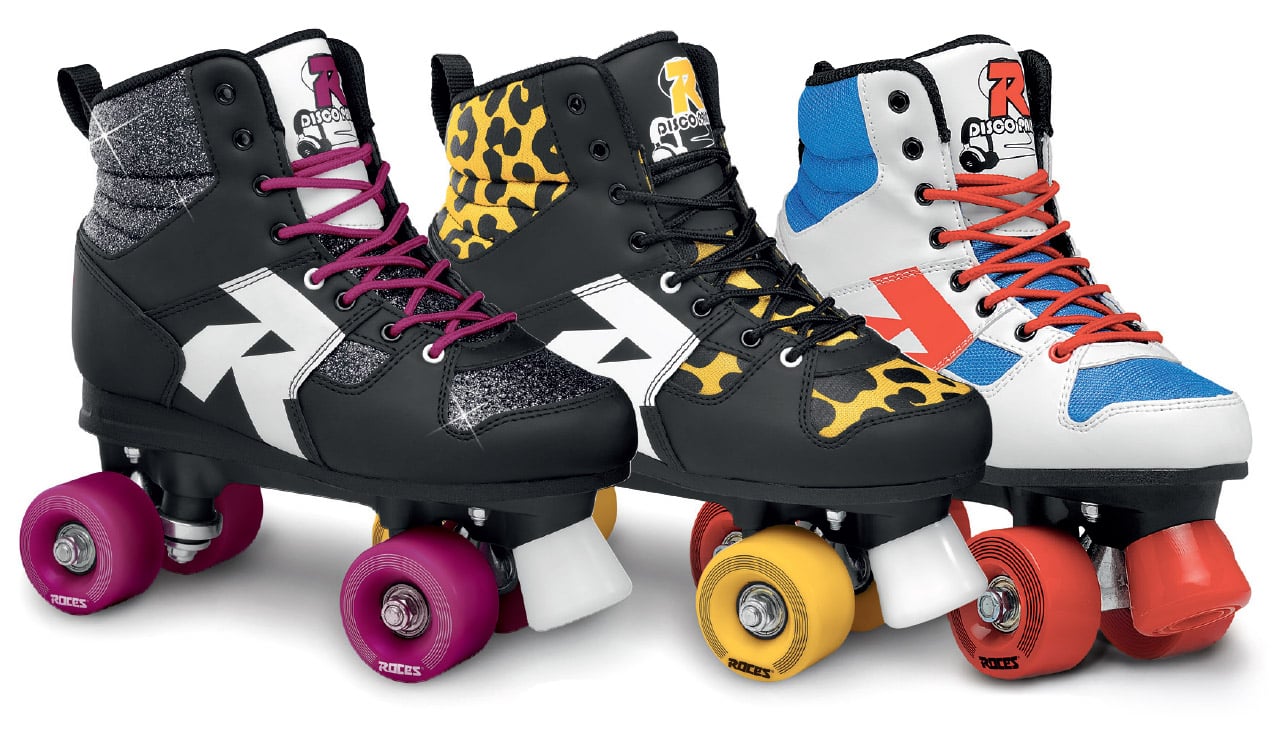