Medal Ranking at the World Championships of Artistic Skating 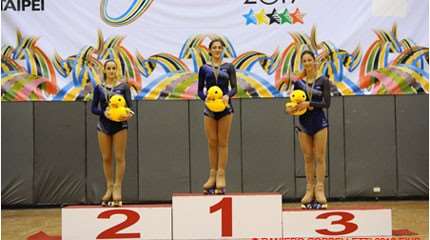 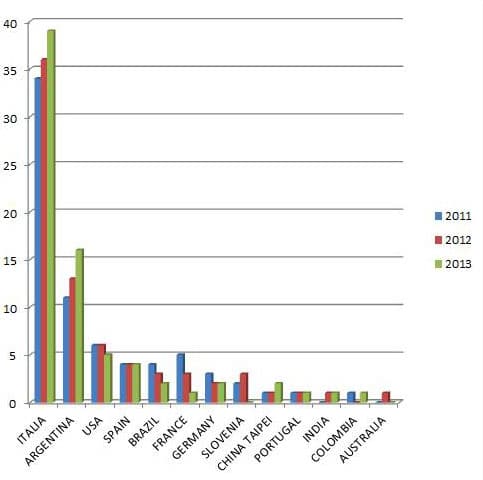 Just like Colombia in Speed Skating, Italy ahs progressively established its supremacy through the years in Artistic Skating. The Italians have won 52% of the medals at the World Championships of Artistic Skating at Taipei City (39 out of 74 distributed medals).

It must be noted that the Squadra Azzurra doesn't go in for civilities: Almost a hundred of them had made the trip to the Worlds. The domination is about quantity but also about quality.

Argentina in the stream of Italy

The USA and Spain remain stable

At the 3rd place of the medal world ranking are the United States who bring back home 5 to 6 medals for the 3rd year in a row. At the 4th position, Spain invariably gets 4 medals per championship.

Our page dedicated to the 2013 World Championships of Artistic Skating

Photos of the FIRS