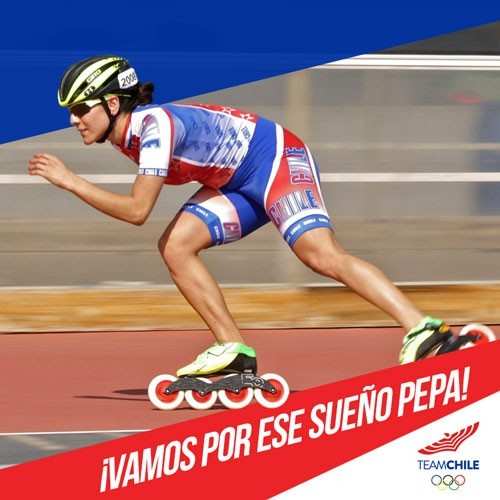 After her great results at the last world championships of speed skating in 2016, Chilean María José Moya (aka "Pepa") intends to broaden her field of play for the follow-up of her career. She's now aiming for the next Winter Olympics, in 2018 in PyeongChang (South Korea). Her coach Francisco Fuentes notes how both disciplines complement one another. The project was initiated in collaboration with athletes Valentina Moya and Ricardo Verdugo. The summer season will be dedicated to inline skating and the winter season to ice.

The Chilean skater perfected her ice skating technique this winter in Inzell (Germany), under the guidance of New Zealander Kalon Dobbin. She is back in Chile where she received the Sportswoman of the Year 2015 award on the occasion of International Women's Day. She starts inline skating training again in order to prepare for the 2016 season. Her objective: keeping her title and getting more medals at the 2016 world championships of speed skating in Nankin (China).