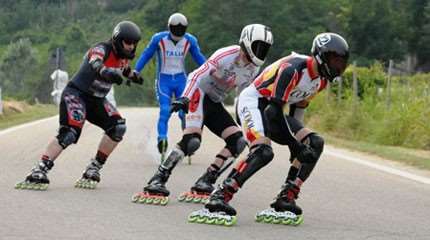 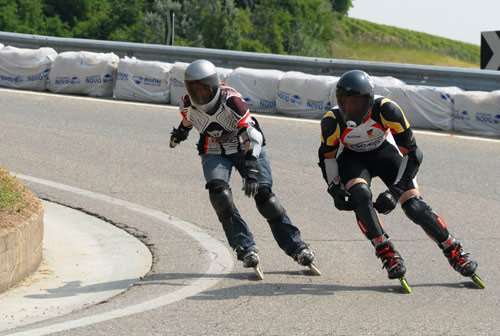 The city of Cisterna d’Asti (Italy) hosted the first step of the IIDA World Cup thanks to the collaboration of Enrico Perano, the organizer. The city is situated atop a hill, it offers a breathtaking view over much of the course.

With a length of 2 km, the course is composed of a first 180° turn leading to a long false flat requiring a strong push to accelerate at the exit. Then follows a wide "turn left" where you need to slide and then a double "turn right" with a poor quality coating, the most technical part of the course. Finally, after a few curves, a left-right chicane is leading to the finish line 150 meters below.

The course is very open with a top speed of "only" 70 kph.

26 men and 4 women took part in this step. Italy (13 skaters) and France (9 skaters) were the most represented nations followed by Germany, Switzerland and Austria. 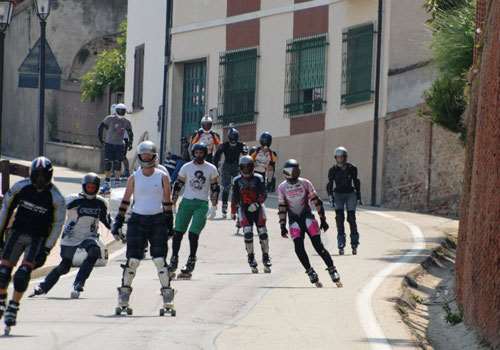 Among the top skaters, an impressive confrontation between Moritz Nörl (Germany), Daniel Ladurner (Austria) and Angelo Vecchi (Italy) will happen, the latter playing at home.

After registration, riders discovered the downhill course on Saturday afternoon. The runs went on rapidly as the event received only inline skaters. Two four wheel drive vehicules were available to tow the skaters with ropes and to go uphill.

After a full day of training, riders went to a nice restaurant reserved by the organization for a meal worthy of the "Relais Chateaux" in a beautiful breathtaking view of the valley.

Then followed a braking contest. Five skater participated. Final standings: Daniel Ladurner, Jonathan Rouffiac, Moritz Nörl, Andrea Ferrucchi and Sebastien Dormio.
Daniel Ladurner won with perfect parallel slide. Jonathan Rouffiac (FRA) was second with strong and long slide followed by Moritz Nörl (GER) showing that he knows how to pull off a good slide.Participants were amply rewarded thanks to the brand Roxa, partner of the event.

Finally the complete this first day, a torchlight parade permits riders to slide down the hill one last time (at moderate speed, of course given the lack of visibility!). 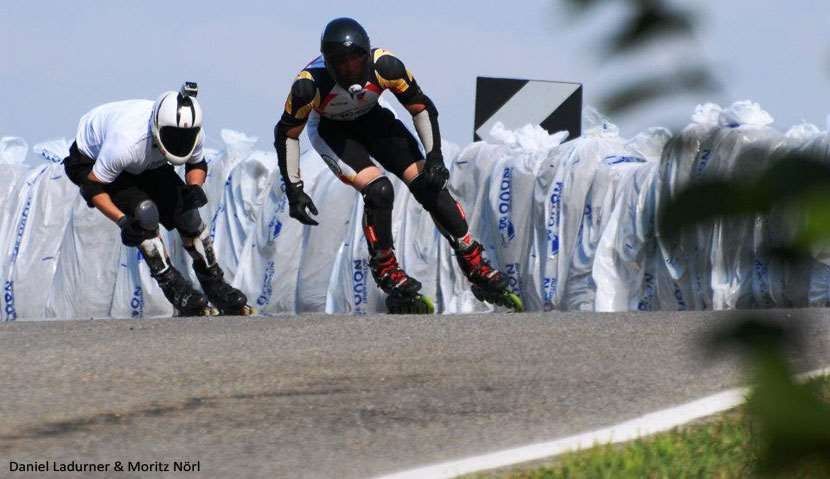 Sunday morning is dedicated to time trial under a nice sun in this end of June.

On Sunday afternoon, the IIDA World Cup official competition started. Daniel LADURNER dominated the race with a 2’13’93” showing everyone that even recovering from surgery, he was still one of the best riders in the world. Moritz Nörl confirmed his amazing 2011 IIDA results with a second place on 2’16”75. Angelo Vecchi complete the podium with a respectable 2’17”90 in his country.

In the womens race, Marjorie Phlippoteau (FRA) won the race with an impressive 2’22”81 that would place her in 11th place in the Mens Ranking only 4 seconds behind Angelo Vecchi. The fight for second place was very close and Valentina Liguori (ITA) who was faster than Faiza Chaouch (FRA) with a 2’32”89 time, half a second in front of Faiza.

During the 1st run, Sebastien Dormio suffered a bad crash and broke his left leg.

The IIDA Inline Cross was be organized in the late afternoon and was a great show for spectators. In the mens final, Daniel Ladurner took the lead after the second turn and couldn’t be cought. Behind, Moritz Nörl pushed hard after the last turn and was finally passed a few meters before the finish line by Alexandre Lebrun (FRA). Angelo Vecchi took 4th place.

In the Womens Final, the ranking was the same as in the IIDA World Cup with Marjorie winning in front of Valentina and Faiza coming in third. To see the full race results go to the 2012 results page here

This 1st world cup has been a great success with a fantastic atmosphere and very good organization. We look forward to returning once again in 2013 to Cisterna d’Asti for the next great event. 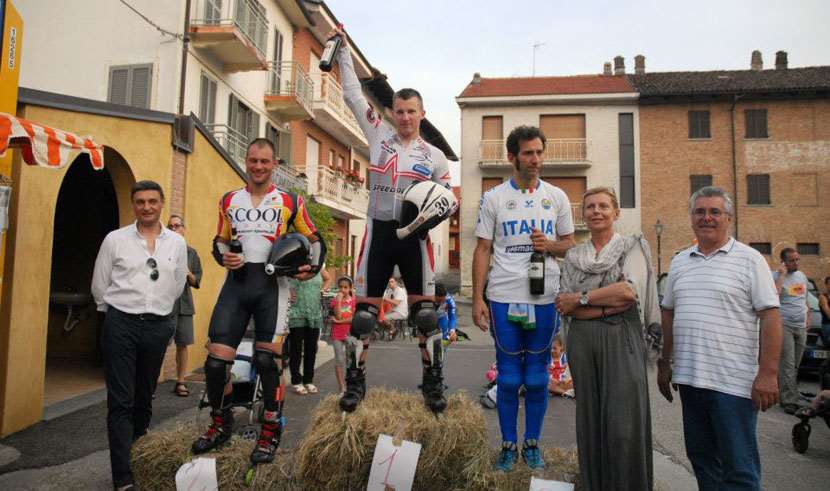