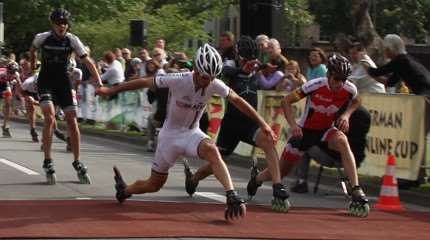 The weather is particularly mild on the shores along the Rhine. Sebastian Becker and his team prepared a beautiful course of the German Inline Cup 2012.

Women's race: EOSkates did it again

The women's race was very tactical. No skater managed to escape before the finish line. Thus, spectators attended a nice sprint between the different competitors. And it is the German Jana Gegner (EO Skates) that took the first place. Her compatriot Sabine Berg (Powerslide Matter) is second. Roberta Casu (EO Skates) grabbed the third place.

Jana Gegner: "I am very glad that I could prevail on the Powerslide Team that was really close, especially Sabine Berg". 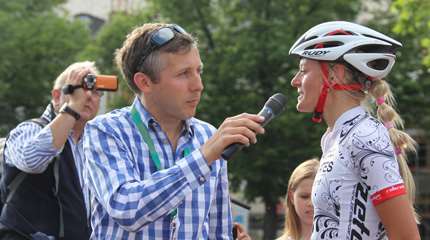 Ewen Fernandez leads the sprint with Severin Widmer on his left, Yann Guyader passes Ewen Fernandez from the right, closely followed by Bart Swings in his wheel. Yann takes the first place on line in a impressive hawk finish, Ewen is second and Severin take the third place.

Bart Swings takes the fourth place but Powerslide decides to bring a claim after the race. According to the German firm, Bart Swings would have been blocked by Yann Guyader when he passed Ewen. Initially, the judges accepted the claim... but they retracted later when they watched the photos of the final sprint which shows a clear and straight path from Yann Guyader.

Sabine Berg (Powerslide) is still leading the Overall of the German Inline Cup in the women's category. Severin Widmer (Swiss Skate Team) is still at the first place in the men's general ranking.

EO Skates seems to dominate races this season, placing three skaters in the top 10 in the men's race and two women in the top three! No doubt Powerslide will take its revenge in the next races. The end of the season promises to be lively! 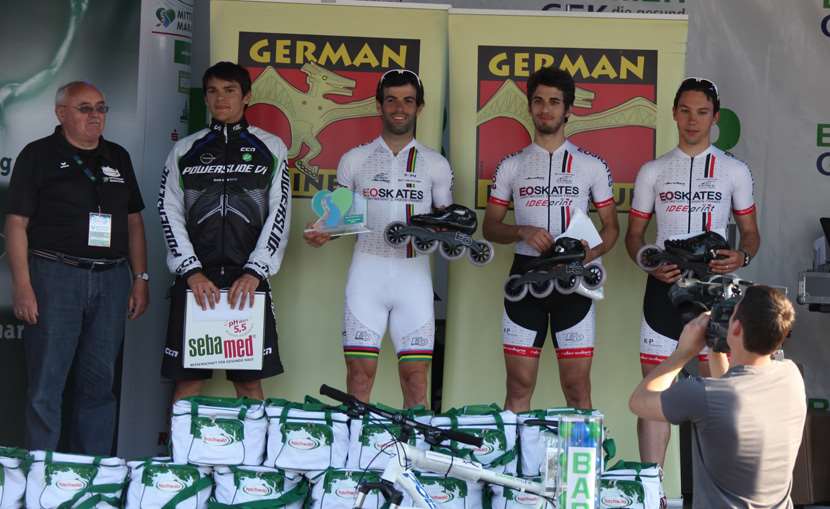 Official results are not available yet

Video of the final sprint (Courtesy of EoSkates)

A video from Die Rhein Roller