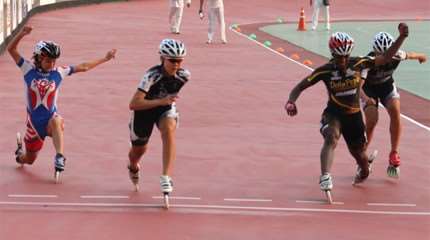 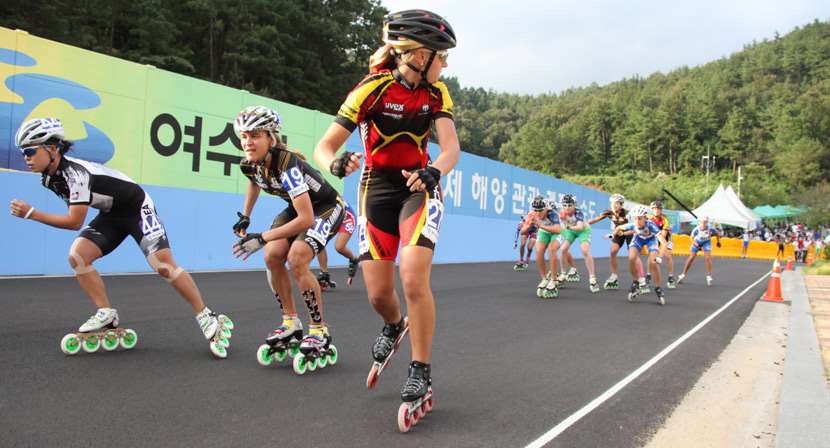 Korea did battle with South Korea, particularly for the track races. Columbia definitely established its supremacy during the road races, letting South Korea 13 medals behind. In the end, Columbia won 43 medals, including 19 gold. South Korea, the organizing country, takes the second place on the nations podium with a total of 30 medals including 13 gold! The 3rd place goes to Taiwan (Chinese Taipei), far behind with 17 medals including 5 gold.

In the Senior Category, Columbia is indisputably leading the Championship with not less than 19 medals including 10 gold. Korea is second far behind, tied with Chinese Taipei (8 medals).

In the Junior Category, Columbia and South Korea elbow their ways with respectively 24 and 22 medals in total, each nation winning 9 gold medals. Just like for the Seniors, Chinese Taipei ends up 3rd once again.

Comparison with the 2010 edition

South Korea and Columbia have retained their results since the 2010 World Championship in Guarne (Columbia). They were already at the 1st and 2nd places as for medal ranking. The best improvement goes to Chili which goes from rank 15 to 6. Let's also note the great performance of Chinese Taipei, going from the 7th to 3rd place. Belgium stays at the 4th place. Argentina and New-Zealand have also done good improvements...

The « old » key-countries of skating suffer, only Belgium retains its 4th place:

How do you explain the success of Columbia and South Korea?

Their strength comes from a large breeding ground for skaters: while numerous nations lack young skaters, South America and Asia know that things are in safe hands for the future.

The skating culture is strong in these countries. For example, the Columbian Delegation came back in their coutry with honors. They were welcomed by President Juan Manuel Santos Calderón himself!This is totally unthinkable in Europe...

Last but not least the culture of training and effort isn't the same either, the skaters' tenacity for training and the quantity of training that they are able to endure impressed more than one coach.

The phenomenon was quite obvious, most of the track races were under the control of Asian or South American nations. 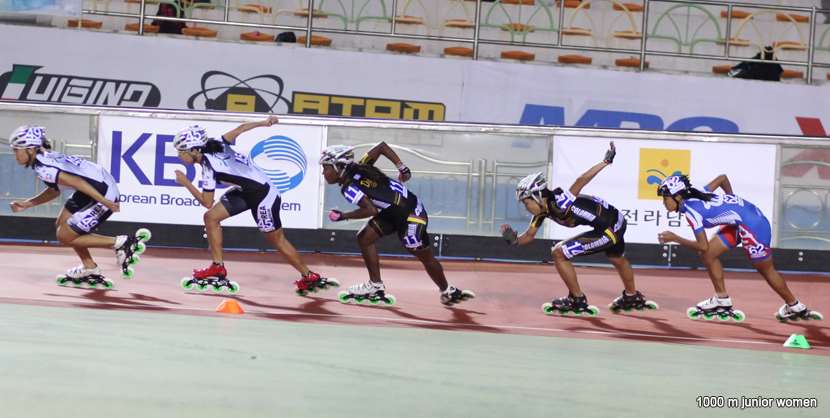 On the South American side:

All of these countries ended up in the Top-20, the first half of the 2011 ranking.

On the other hand, for Asia, the medals goe essentially to three key nations: South Korea, China, and Taiwan.

They are more and more numerous to dare entering the tracks, which is proof that our sport is still growing! They are still far from the podiums but they are getting closer little by little. India, Iran, Nigeria, Pakistan and South Africa could very well cause a stir in a couple of years.

Hi Yann, how do you explain the impressive results of Columbia and South Korea compared to the other nations? 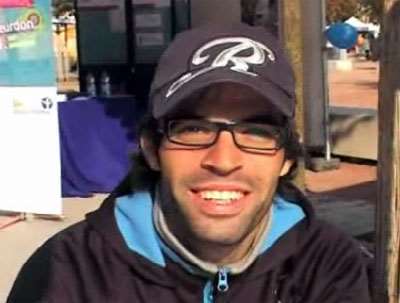 According to me – I'm living 7 months out of 12 in Columbia and I train with them, it's easy to explain the Columbian domination. It's physical first of all, as the trainings are at least twice more important as in France, talking about both frequency and quantity.

As for Asia, the domination is more technique according to me, for Korea but more particularly for Taiwan. In the future, it's going to be huge! Their skaters know how to skate, unlike us...

Motivation makes the difference too. Let me explain: in France, there is a gap between wanting to become a champion and what people are ready to do to reach the goal. In other countries, athletes put their heart and soul into it.

And here is the last point, it's about the professionalization of the sport – at least in Korea, which extends the athletes' longevity and implication. Even if I keep on saying that if our athletes were paid, we would get roughly the same results... unfortunately.

Asia and South America are becoming the two key continents of speed-skating... Why?

Because of all the reasons I've just explained, but also because of the development of facilities. The Koreans train all the year on brand-new tracks made of vesmaco. We hardly ever skate on tracks... Moreover, when we get the chance to have a track race, it's on a dumping ground... And let's not talk about the training facilities of the people who are supposed to be the elite of our country! A track in ruins in Nantes, and an asphalt circle around a rugby pitch in Talence... How do you want to pretend to something with such facilities?

How do you explain the drop of Europe?

Lack of training, motivation, professionalism... lack of everything in fact.

Hi Christophe, how do you explain the impressive results of Columbia and South Korea compared to the other nations?

They have the talented skaters, their training measures up to their ambitions, their approach to international competition is turned towards victory, their will is forged by tough trainings, always seeking the perfect movement and never letting any detail to chance. 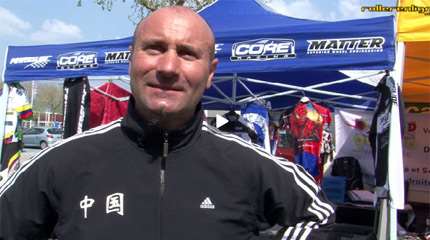 But this isn't always the key... In the Men's Senior category, Europe is leading in the background... with Bart Wing, Yann and Fabio Francolini.

Success is most of the time a question of talent, and you've got more chance to find some in important populations of skaters with good levels.

That's what I often explain to coaches: « A talent is a rough diamond... it's nothing more than a beautiful rock; that's all it is before it's cut, chiselled and everything... » It's the job of the coaches to work on the rock, show the way to the top, make the will to success dawn, find solutions, know and analyse the world level to find trainings in consequence.

Daring wanting to win despite all the risks...

The environment of future champions is important... It's the job of the leaders to find means to build facilities according to the ambitions of these talents.

The will to success, motivation, implication must be as strong around the athletes as inside themselves. This is what I could draw from Koreans and Columbians when I run workshops in these countries.

The implication around the athletes is essential. Korea and Columbia have trainers with their teams, always there to take care of the athletes: drinks, massages to recover all day long during the race, « an efficience intendance, always present. The pressure is huge but the support is in consequence. »

For example, no radio communication is allowed with the athletes; instead if this, there are 3 or 4 coaches around the track communicating with talkie-walkies to deliver the coaching messages to the athletes.

The dynamism is stronger in their teams... it's a winning spiral: they are all there to succeed, and their overwhelming motivations are very often expressed in totally different ways. A South-American will externalize completely differently than a calm Korean.

Asia and South America are becoming the two key continents of speed skating... Why?

Currently, these countries have better managed to take into consideration the needs and necessary means for the top level. Let's not forget that the professionalization is bigger, that the facilities are different in every country, that the young athletes are just like apprentices of a future « professional sports » job... The best trainings will mold the best pros, the big schools, the elites... There are always minima to reach in order to go through to the next level, no lack of technique is allowed, the demands are extreme.

There are also important financial issues thanks to competitions such as the Pan Am Games and the Asian Games, where medals are worth a fortune for real... makes you feel like getting implicated fully into the sport. The want to succeed too, a better life thanks to sport and social success can also explain the irunshakable will combined to their inner motivations.

How do you explain the drop of Europe?

The gap is wide, if you gather together all the medals of the European countries, you don't even reach the total of Korea! Nevertheless I don't consider this a drop, which would mean that trainings are less important than before. It's the other way around: the level of training has increased a lot. What we used to do 20 years ago in the Senior Category, to be at a world level, would make a junior laugh nowadays.

It's the other countries who improve regularly, and apart from a couple of individuals, our rate of  improvement towards world excellence is late compared to these countries. Once again, technical demand and physical training pushed to their extremes are the keys to success in these countries. In Europe there are individual successes, but Korea and Columbia managed the feat at a bigger scale... And even if we are not an Olympic sport, the level of competition is getting closer and closer to it. This is our next challenge in Europe!

Website of the Event
The tab dedicated to the World Championships on OnlineSkating.com