Final of the MHC Kenya Cup in Nairobi with WICoach 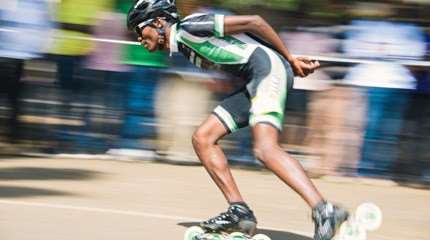 Review of the event 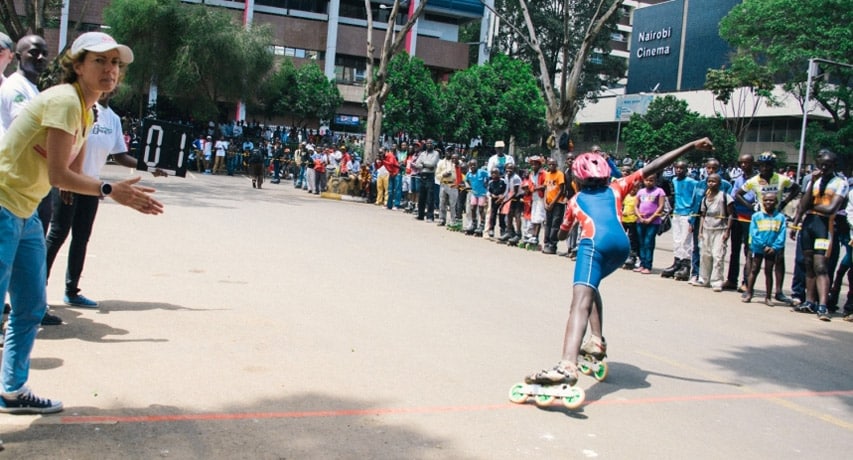 We attended a wonderful skating race with great Kenyan athletes, who are now ready for international competition. It is a great step for our sport in Africa!

The French on the spot 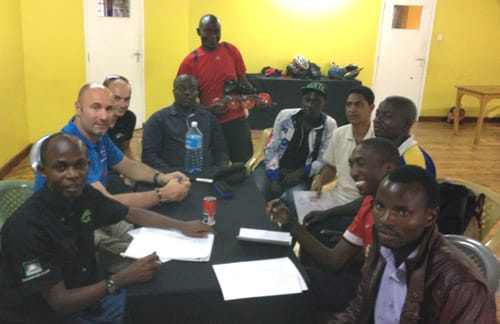 WICoach association made the trip with Christophe Audoire and Nathalie Barbotin Audoire. They arrived in Nairobi on October 17th, together with Thomas Dauvergne, the 2014 veteran world champion. For the record, Thomas has been organizing the well-known Roller Marathon of Dijon for over 15 years.

200 kg of luggage for Kenya

For the 2014 edition, all the participants to the marathon had been encouraged to bring their old speed skating equipment: boots, frames, wheels, but also helmets and suits... for a WICoach collection. The result was beyond expectations with over 300 kg of equipment collected!
When WICoach decided to make the trip to Kenya for the final, Thomas offered to join the team in order to help and carry some of the equipment.
In the end, with the pairs of skates patiently put back into service by WICoach, over 200 kg will be brought to the Kenyan Federation as a donation for their skaters.

As the Veteran World Champion, Thomas was the long-awaited international star that would challenge the local skaters. He discovered on the morning of the competition that they proved to be formidable high level competitors.
During the days before the race, several meetings took place with the organization at the office of Mwangi Muchuri, the president of the KRFS (Kenyan Federation). 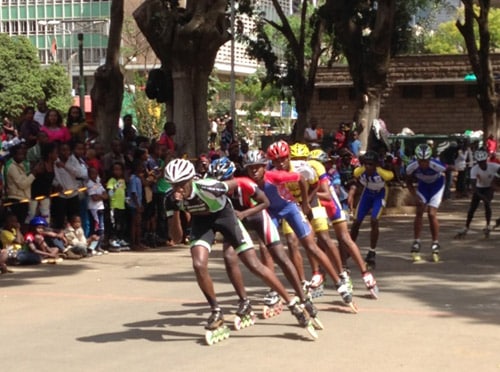 On Saturday morning, a meeting for coaches and Kenyan female skaters was framed by Nathalie on 'Women and competition skating'. Thanks to her great experience as a skater (30 years) and her international career, she gave valuable advice to the participants.
On Saturday afternoon, it was Christophe and Thomas' turn to speak in a meeting with coaches and athletes. During the previous stays, real coaching trainings had been implemented by WICoach. This year however, stress was put on the Sunday race.
It was the 4th time that Christophe went to Kenya since 2007 and he was delighted to realize the improvements made by this young federation to develop our sport and set up lasting and solid facilities.

On Sunday, make way for the start of the semi-marathon at 2pm. Taking place in a public park downtown, the race unfolded in front a large public crammed around the circuit.
After a few laps, Thomas got into the meat of the race. The race was particularly intense as soon as the first meters. Many tricky bends and the altitude of 1.800 m didn't make it easy.
He had to face a race run at a breakneck pace with many attacks, without a moment of rest from the beginning to the end. The result of this race was very important for the three skaters who were fighting for the general ranking of the MHC Cup, with consequent prize money – especially in Kenya: 600€ for the winner!

The last ten laps were a great moment. I had the luck to attend a lot of international races over the last 30 years and I felt the same tension and emotion as for the final of a world-level competition... What a race! With all the public supporting the skaters and that great victory moment, when Simon Irungu crossed the finish line... It is unforgettable.
His final attack in the last lap gave him the victory and this moment will be etched in his memory forever. His first victory of the year, to the greatest surprise of all, and of Issac Mburu K., the great winner of the general ranking.
He confessed on the mic after he crossed the line that he really didn't expect to be beaten for the great final.

Other meetings were organized between WICOACH and the KFRS. The next stage of their development will be the planning of the building of a track or a road circuit next year... To be continued!