European Championships of speed-skating in Netherlands – 1000m and mixed relays 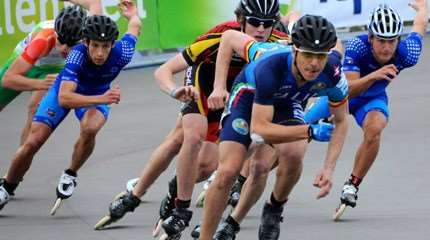 Watch the video of the race 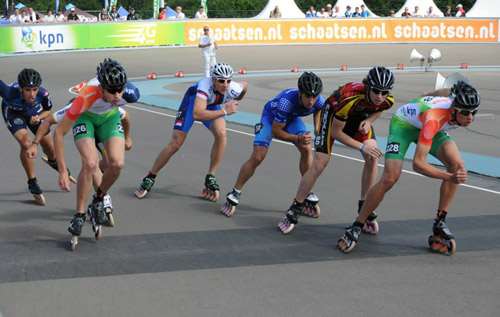 The crowd was clearly behind the two local skaters Arians Crispijn and Mark Horsten... but the Italians who made ??the show!
The French Nicolas Pelloquin led the first laps of the race with Francolini with Fabio (ITA) in his wheel. Francolini pushed the accelerator and overtook the French skater with his compatriot Lorenzo Cassioli (ITA) behind him. One and a half lap to go: Livio Wenger (GER) collided with the French skater. He was declassed but the French has lost his speed. Lorenzo Cassioli (ITA, 01:23,722) won the race in front of Fabio Francolini (ITA, 01:23,950) and Mark Horsten (NED, 01:24,030).

Watch the video of the race

Everyone was expecting the German skater Alisa Gutermuth and she did not disappointed! At the beginning of the race, Alisa Gutermuth (GER, 01:32,208) is already at the forefront, fighting with Barba Izasjun and Giulia Lollobrigida. Ysia Clausses (FRA 01:32,331) is wedged in second position ahead of Annemarie Boer (NED 01:32,403).

Watch the video of the race here

After a few trials at the Europa Cup of Bayreuth (Germany), the European Race Committee (Comité Européen Course, CEC) has decided to introduce a mixed relay demonstration at the European Championships in Almere (Netherlands).

Since Germany has won the both men and women relays in the junior category, it was hard to imagine that the mixed relay would escape the German skaters. So it's no surprise if Germany won the race in front of Spain and Italy.

Watcht the video of the race here

The senior relay crown the Dutch skaters at home ahead of Germany and Spain. Mark Horsten (NED) got the victory against Francolini Fabio (ITA) and Paxti Peula (ESP) in the final sprint. The French relay have had bad luck with the fall of Nolan Beddiaf.

At the end of the last day on the track, we can have a look to the medal ranking.
Germany has managed to take the first place to Italy with a seventh gold medal: Four of them belong to Simon Albrecht!
However, Italy is the country that receives the most medals at the 2013 European Championships with a total of 23. The Netherlands are coming back in the ranking of European nations. They point to the third place ahead of France (which is decreasing) and Spain.

Today is a rest day! Time for tourism in Flevoland.