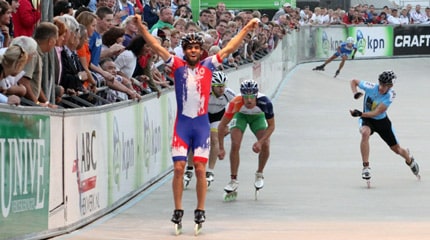 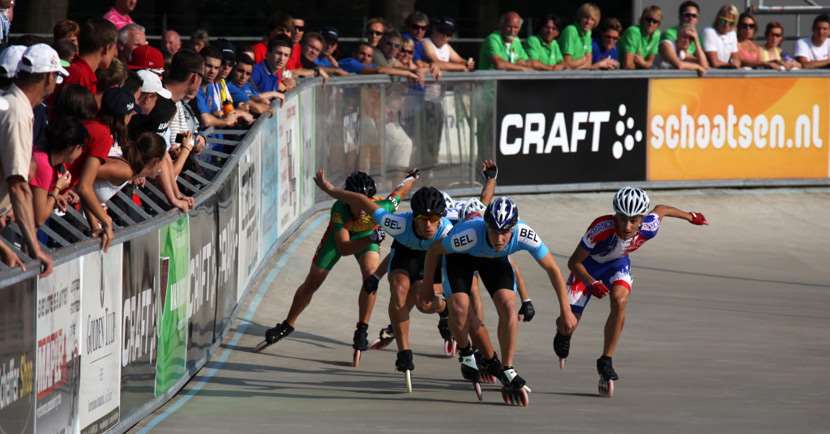 The Italians are currently first in the ranking of nations. They accumulate 350 points. The French are second with 322 points. In fact, the Dutch rules are original and specific to these European championships: they give 13 points to the first of each race, the second get 12, the third 11 and so on... until the twelfth which takes 2 points and those that follow from the thirteenth take one point. Behind Italy and France, there is currently the Netherlands (218 points), Germany (194 points) and Belgium (181 points).

Italians, Dutch and German were very fast in qualifying. For example, Justine Halbout is defeated by Erika Zanetti (Italy), Jana Gegner (Germany) and Bianca Roosenboom (Netherlands). Marie Poidevin (France) is qualified for the final of the 1000m.In finals, Manon Kamminga (Netherlands) beat Jana Gegner (Allemagne) on the finish line, supported by her public. The Italian Erika Zanetti finish third of the senior women...

Julien Despaux and Elton De Souza were in the same semifinal. But the two were able to take the lead immediately and let the Italians and the Dutch fighting behind: they finish first and second with a comfortable advance.However, Nicolas Pelloquin fell on strong opponents: Crispijn Ariens (Netherlands), Bart Swings (Belgium) and Fabio Francolini (Italy). Bart stayed "holed up" the entire race and accelerated only in the final straight line go beat everyone, except Ariens!In the senior men category, the Belgian Bart Swings remains the fastest skater in Europe. Elton de Souza takes the second place for France and Crispijn Ariens (Netherlands) is third. 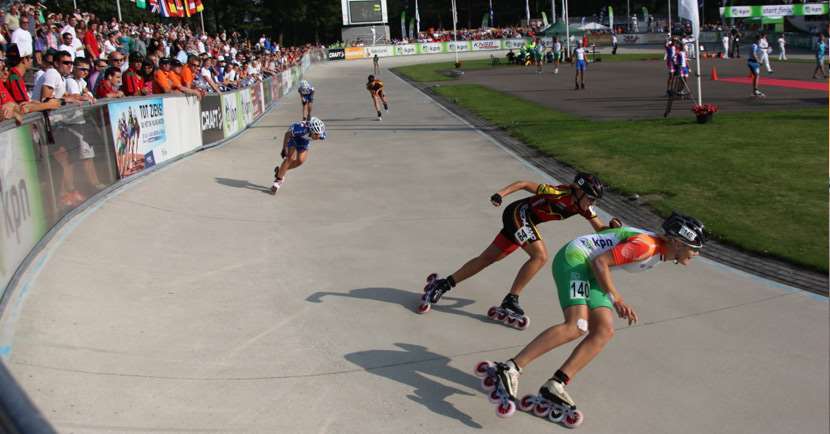 In the americain relays, a lot of country only engaged 2 skaters in the junior ladies category. France decided not to participate with Marie Poidevin and Margot Pouydebat. For junior and seniors skaters, the teams go directly in final. Except for the men. The French relay is composed with Ewen Fernandez, Yann Guyader and Nicolas Pelloquin.France has placed all her team on the podium, knowing that the junior women did not take the start.

In their final, Junior men have passed through all the colors, really! Ideally launched by Benjamin Pierre-Jean, they are overtaken by the Dutch and Belgian relays in the relays. The Italians used their hands to get the French out of the podium, but fate turned against the Transalpine, they missed a relay during transmission. Front, the Belgians had secured the gold (for the third time in the day) and the Dutch silver. The French then took the bronze by containing the Spanish team.

Seniors women fought to the end. For France, Laetitia Le Bihan and Justine Halbout ideally placed Halbout Clemence in the back of the German at the moment of the last passages... the Germans, who had opened a small hole, seemed untouchable. The Netherlands galvanized by their public and even the Italians were really strong. This is actually what happened, but at half: Clemence Halbout lose a place in the last straight line, beaten by the Batavian. But she managed to save the podium! Germany is first, Netherlands second and France third...

The French Senior Men mastered their race! Nicolas Pelloquin took the start. They have been doubled once in three miles, by the Spanish. Nicolas Pelloquin came back almost immediately. It was not necessarily the tactics: The french team would have liked to get everyone away from the start. But again, the Dutch have bit the bullet to catch their wheel with the Italians, Spaniards and Belgians in their wheel...In fact, the Spaniards helped the French in spite of themselves. They began to lead tje six laps to go, time to complete a relay. In his last relay, Ewen Fernandez managed to widen the gap to put the Dutch and the Spanish nose to the wind. Yann Guyader accelerated again on the bell towards the gold medal! Later, Bart Swings missed the podium, despite his last stint of two laps, to the benefit of the Spaniards. 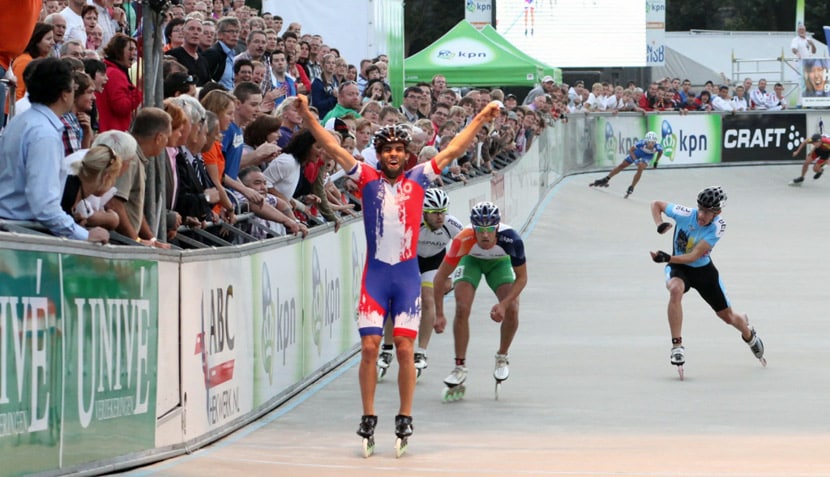