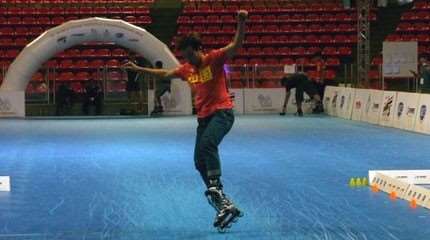 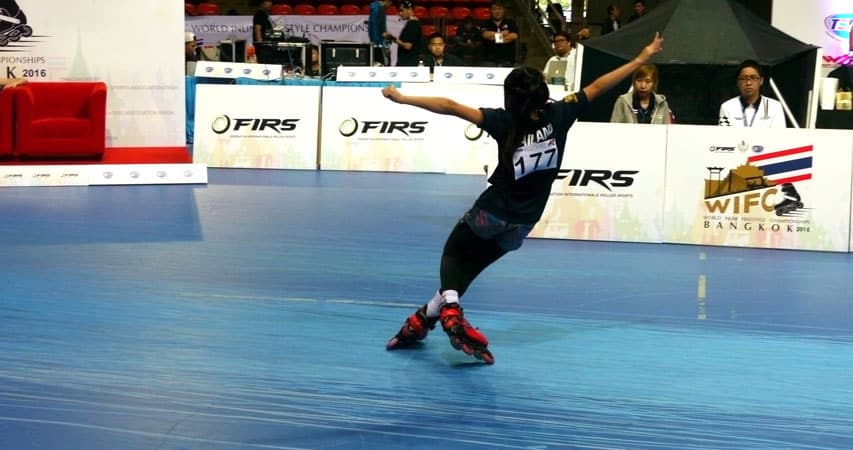 The battle slide discipline officially entered the World Championship for the 2014 edition in Paris, France. More and more skaters specifically train for this discipline, who show unprecedented technical skills. Slides have never been than impressive to watch!

The Final Round gathers two Russians, Olga Fokina and Natalia Krykova, one Chinese, Guan Yinging, and one Thai, Chinupun Nichakan.
Young Thai Chinupun Nichakan plays her cards right and wins the world title!
Despite her lack of speed, due to her young age, she lands very clean slides, and makes the difference against her opponents. She gets the title by a whisker, and offers to Thailand their very first gold medal.

Behind her, Russian Olga Fokina gets the silver, especially thanks to a great wheeling backslide. In 3rd position, Chinese Guan Yinging completes the Top-3, in front of the other Russian, Natalia Krykova.

The upper crust has made it to the finals in the men's category, with Huang Haiyang (triple world champion) and Guan Wenhui for China, and Senarat Phuri and Rompo Chawis for Thailand.
The two Chinese make deep impression. Slide specialists, they warm-up doing wheeling slide covering several meters. The tone is set and the final match between both countries is on.

Chinese Huang Haiyang dominates the round and wins his 4th world title doing, cherry on top, toe wheeling backslide (sliding on the outside edge of the wheel) for over a dozen meters!

Behind, the two Thais proved to be no less worthy of their ranks, with extremely technical slide combos: Rompo Chawis takes the silver in front of Senarat Phuri. Last but not least, the second Chinese, Guan Wenhui finishes as the foot of the podium. 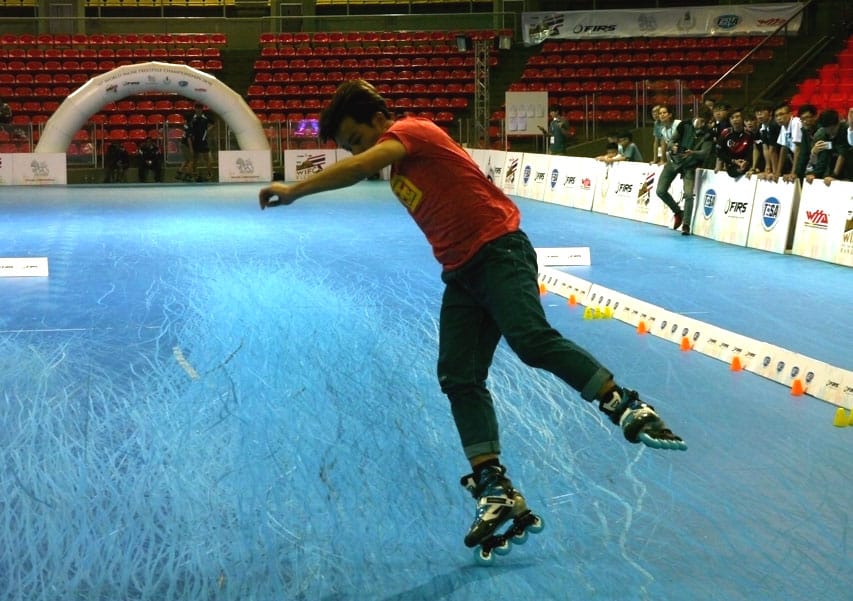 Very last event of those 2016 Worlds: the Freejump Open! Let's deplore that, being an open, many countries didn't do the trip.

There are only 3 competitors in the women's category: 2 French, Maëliss Conan and Aurianne Daries, and Spanish Marina Oliveras Argibay.
The 2015 World Champion, Maëliss Conan, seems to be the favorite, but Spain reveals to be more threatening than expected, passing bar after bar until reaching 1m19.

Neither Maëliss Conan nor Marina Oliveras Argibay will manage to pass the 1m19 bar, but the French gets the title, having jumped less attempts than the Spanish. 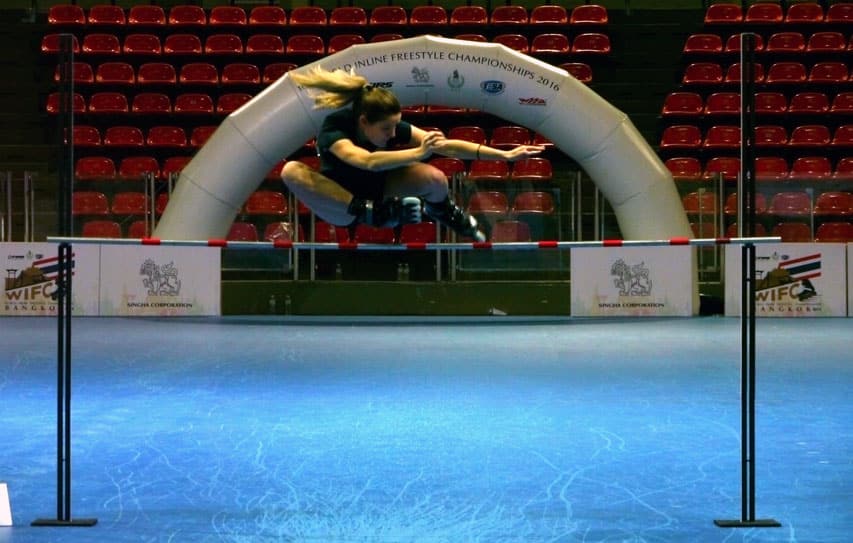 Men's Freejump – France On Top of the World

In the Men's Category, there aren't much competitors either with only 6 registered skaters, including the favorites of the discipline, French Thomas Rataud (double world champion) and Florian Petitcollin (European vice-champion). Results are quickly confirmed: The 3 French in the running are the last ones standing, at 1m20.

Hervé Guillou gets the bronze, with a 1m25 jump. Florian Petitcollin passes the 1m45, bar but cannot rival with the now-triple world champion Thomas Rataud, who validates 1m50. The latter misses a 1m55 attempt by a whisker.

The Freejump Open closes the 10th edition of the World Championships of Freestyle Skating. We will soon publish a full recap on the event. 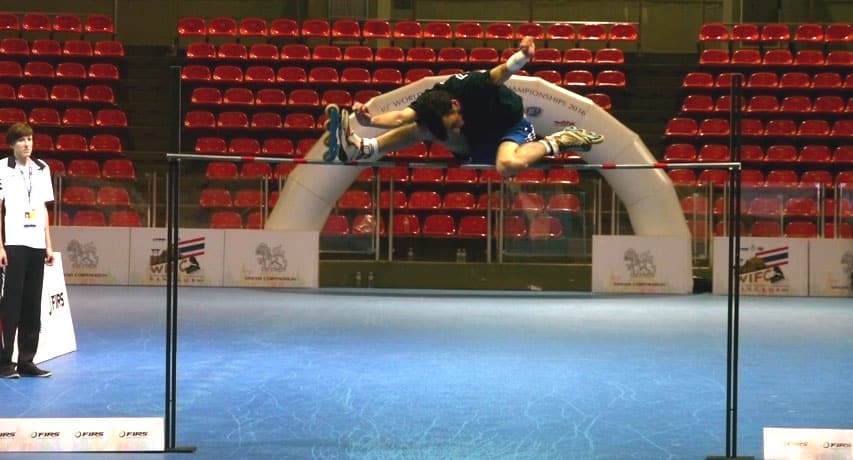 Visit our page on the 2016 World Championships of Freestyle Skating in Bangkok, Thailand