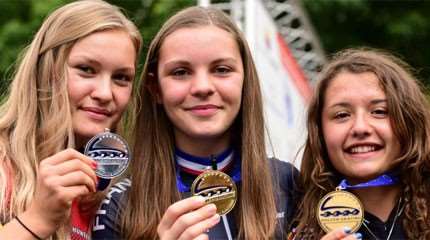 A quick look at both charts of years 2015 and 2016 shows a couple observations on the key-nations of speed skating in Europe. 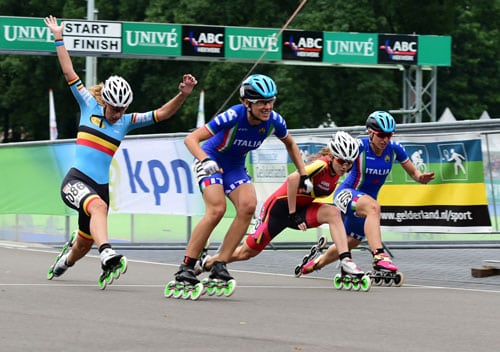 In 2015, Italy had gathered 75 medals, including 22 gold. In 2016, the Squadra Azzurra won 71 medals, including 29 gold. Italy is still the 'Little Colombia' of Europe, even if their domination is less striking than that of the South Americans. Each year, the Italians make their presence felt at the European Championships, especially in the junior categories.

On the track, parity is balanced: women wio 7 titles against 8 for men. On the other hand, on road races, women got 8 titles and men 'only' 4.

2nd: The Netherlands shine at home

After a good competition start on track, the Dutch skaters boosted their performances on road and won 8 more titles, after the 5 they had already got on track. Their total number of medals went from 18 to 38 thanks to the road races!

The Netherhlands finish second at the 2016 medal ranking. So long their 8th place of 2015 where they didn't even get a single title! Proof once again: nations skating at home always make better results than abroad!

With 24 medals including 10 titles in 2016, Germany is back in the Top-3 of European nations. And women are the only ones providing medals to the German communal fund: they finish 2nd at the general ranking with 7 medals, including 4 titles, against 1 for men.

In total, road and track, women got 8 out of the 10 medals won by Germany.

Despite a good crop of 44 medals, including 9 titles, France's performances are below those of the 2015 edition, where the Bleus had particularly stood out (55 medals, including 16 titles). On track, France didn't bring a single title back in the women's category, and got 5 titles in the men's. On road, women got one title, and men 3.

Bart Swing being less incisive than during the previous editions, Belgium got 6 titles in 2016, against 8 in 2015... And women got half of them! One may suppose that Bart has calculated to be in peak form for the Worlds in Nankin, China, in September.

Our page of the 2016 European Inline Speed Skating Championships