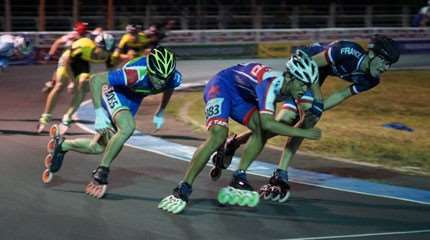 The competitors fight for the front places as soon as the beginning of the race, to be in best position and get points at the bell: Colombia and Korea get the first points. After a small dozen laps, Chinese Taipei try their luck sending a skater to the outposts, while her team mate controls the back. Six laps from the arrival, the pack speeds up to get the last points, then slows down to prepare for the final sprint: Chinese Taipei and Colombia break away to seize the podium.
Colombian Luz Karime Garzon (18 points - COL) wins her 3rd title of those worlds, in front of Yu-Shing Chang (14 points - TPE) and Daniel Lindarte (10 points - COL). 4th place goes to another skater from Chinese Taipei, Pin-Hsuan Tsai (4 points - TPE), tied on points with Julie Alvarez (VEN) and Yewoon Choi (KOR).

The race gets off to a fast start, led by Korea and New Zealand who get the first points. The American skaters try their luck too, speeding up the pack even more. Chinese Taipei breaks away and forces Colombia to waste energy in catching up. France and the Netherlands implement a very strategic race until 5 laps before the end, where Huizinga (13 points - NED) and Quentin Giraudeau (12 points - FRA) get the gold and silver. Wei Lin-Tai (9 points - TPE) completes the podium. 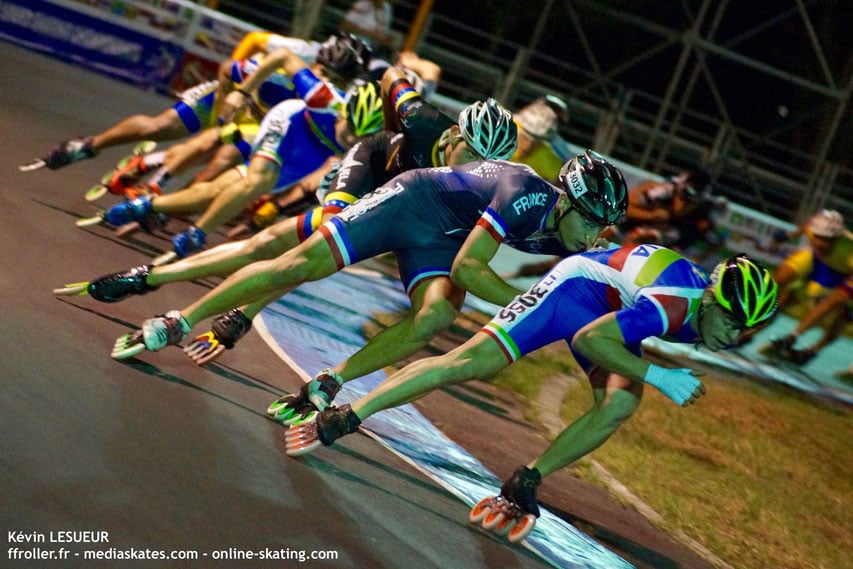 Senior Women's 20 km elimination race: too many skaters or not enough? 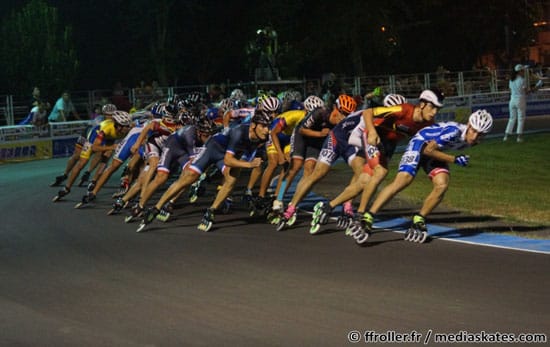 In the last two laps, Colombians Fabiana Arias and Johana Viveros spark things off, with Yang Ho Chen (TPE) in their stream.

Unlike the women's race, the men's pack is quite dense. The eliminations start after 8 laps. France controls the first half of the race with Ewen Fernandez and Nolan Beddiaf, who skate at a good pace. Colombia, Italy and Korea are in their stream.
13 laps from the arrival, a collective fall puts many skaters down. Italians Ricardo Bugari and Stefano Mareschi take the lead in turn. The skaters from Ecuador and Colombia who fell get back up and manage to catch up on the pack. There are only two eliminations left: France, Germany, Colombia and the Dominican Republic are still in the running. In the last lap, Colombia strikes. Juan Sanz makes the most of the sprint to cross the finish line in front of Ewen Fernandez (FRA) and Jorge Bolanos (ECU). German Félix Rihjnen finishes at the foot of the podium.

Results of the elimination races on road

Results of the point races on road

Visit our page on the 2015 world championships of speed skating