2015 Worlds of Rink Hockey: Make way for the quarter finals 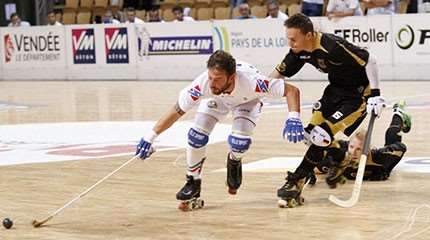 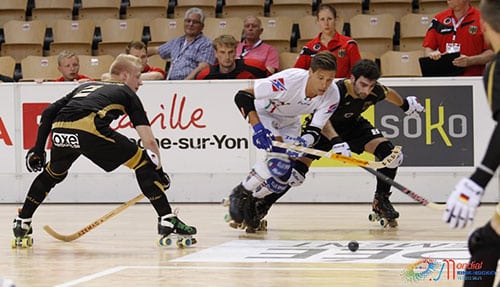 Angola starts the day with England at 8:30am. After their defeat of the previous day against France, the Angolans could recover against the English. They score 12 goals within the regulation game time.

The Swiss got a short lead of 1 point over the Dutch at the end of an unpredictable game where both teams fought back and forth. Switzerland will meet Austria for their classification game, while the Dutch will meet the South Africans.

Austria won hands down against South Africa. The latter saved face in scoring once.

Brazil managed to impose themselves 3-1 against Colombia. The two teams are of quite similar level. Colombia will meet England and Brazil will have to get rid of the formidable Angolans! 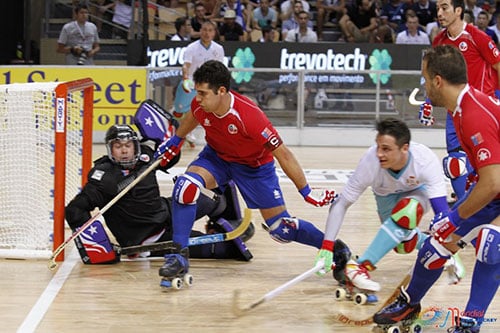 The quarter finals start in the afternoon. Without much surprise, the Spanish world champions give no chance to Mozambique. Pedro Gil and his team mates score goal after goal, for a final score of 9-0. In semi-finals, Spain will meet Germany.

Germany and Italy start the game with balanced forced before the Germans find themselves outnumbered. The Spanish shoot again and again until the goal of Perreira at 10'. The Italians tie 6 minutes later with Tataranni.
Germany takes off with Karschau but the Italians tie again before the break with Verona.

Back from the break Karschau strikes again. Ambrisio catches up on the score halfway through the second period.

Karschau, again, goes for a 3rd goal in redirecting a shot into the Italian cage on a re-entry. The Italians get a blue card that leaves them outnumbered. Perreira scores several times, increasing the German lead. But Tataranni fights back and shoots twice into the German cage. A little short unfortunately, Germany wins by a little point. 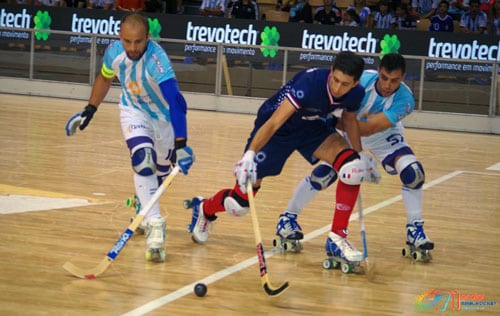 The French are more alert than the Argentineans during the first minutes, but it doesn't last long. The first Argentinean attacks leave the French nervous. Platero opens the score for Argentina. It's a shock for the French supporters but they still believe. The second goal by Nicolia at 12' creates anxiety on the French side, but nothing seems lost. Fabien Savreux renews the essential of his troops.
Very little penalties are made in this game. The French struggle to reach the opposite cage while Argentina counter-attacks. The latter score a third time before the break. Coming back seems complicated now.

Score at the break: France 0 - 3 Argentina

Back from the break, Argentina is in control and keeps on threatening Xavier Tanguy's cage. Ordonnez scores another goal on a direct foul shot. The French fail to convert any of the few occasions they create. Ordonnez adds a 5th goal to Argentina and seals the score of the game: 5 - 0.

Argentina will meet Portugal in semi-finals at 7:30pm, while the French will play the classification game against Chile at 9:15pm. Follow the games live on the FIRS website!