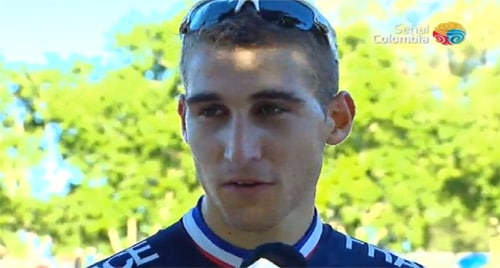 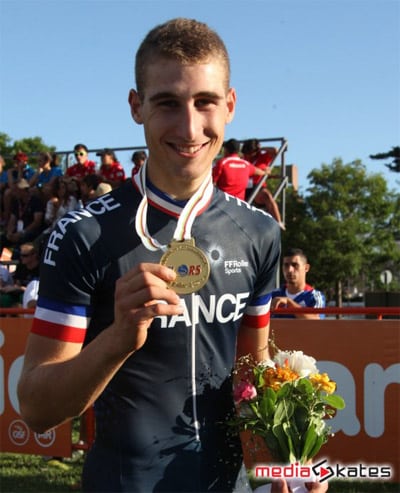 Today again, the skaters have to make do with the wind. They have to shelter to pace themselves and get out at the right time...

Sandrine Tas (BEL) goes and gets the gold once more for Belgium. It is her third title... In the absence of Bart Swings, she is the main title and medal getter of her country. Silver goes to Colombian Luze Karime Garzon. Korean Yu Ga Ram completes the podium.

The pack remains dense and slowly strings out from the back. Italy, Chenese Taipe and France, as well as Colombia and New Zealand are in front. An Australian skater falls at 11 laps, which leaves a little respite as for eliminations. Quentin Giraureau (France) controls the pack. Sebastian Paredes (VEN) is eliminated at 8 laps. He is clearly disappointed. In front, Colombia and Italy speed up. At 5 laps, Quentin Giraudeau takes the lead, for which he fights with Colombia. Chinese Taipei is eliminated. The last elimination is coming at 3 laps. Ollie Jones (NZL) won't do the final sprint. All the skaters still in the running check on their opponents before the sprint, nobody wants to take the initiative. Korea launches it but Quentin Giraudeau takes the lead and passes the last bends in front. He finishes in front of Italy and Venezuela.

Erika Zanetti (Italy) gleans a few points at the start of the race with Johana Viveros (VEN). The pack gets loose. Ho Chen Yang (TPE) gets her points, just like Argentinean Maira Arias and, once more, Johana Viveros. Then, it is the turn of Paola Serrano to break through in solo to get her points, for 2 laps before being caught back up by the pack. The Chine Taipei skaters harden the race and get points at the front of the pack. Francesca Lollobrigida and Maira Arias come back in the lead. Maira Arias gets 2 more points at the sprint in front of Paola Serrano. It is Chile's turn to get a few points... and to Chinese Taipei again. 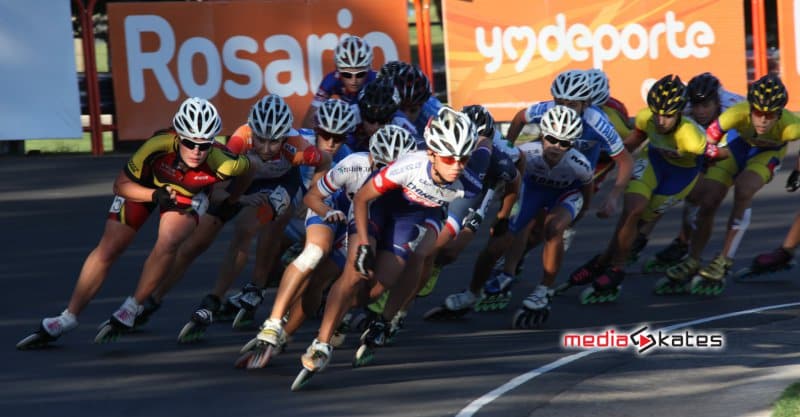 8 laps from the arrival, German Katharina Rumpus speeds up and escapes, together with Se Young Junf (Chinese Taipei). The two skaters take a comfortable lead. They relay each other for 3 laps before being caught up again. Korean Lee Seul, followed by Francesca Lollobrigida (Italy), counter attacks but can't catch up. Lee Seul speeds up as much as she can, she is caught at the bell.

In the Senior Men's, Paxti Peula gets points as soon as the beginning, Alexis Contin seems determined to stand on the podium too. He breaks away with Korean Gwang Ho Choi and Mauricio Garcia (DOM). They take a good 100 m lead on the pack. Maurocio Garcia is eliminated. Alexis Contin and the Korean move up a gear. The two men get on well together and redouble their efforts. behind, the pack, led by Colombia, tries to catch up on Alex Cujavante. The gap is now reduced to twenty meters. Peter Michael brings back the pack in two breakaways. He goes and gets the points with Diogo Marreiros (POR). It is Felix Rijhnen's turn (COL) to go and get the points in front of Cujavante (COL).
Ewen Fernandez escapes in his turn to steal the points from Peter Michael (NZL). Felix Rijhnen (GER) is on his heels. The two men are countered by three skaters, the two Argentineans, Ken Kuwada and Santiago Roumec, and Jorge Bolanos.
Last lap. Contin gets his ultimate points and leaves the pack fight in the sprint, won by the Korean skater in front of German Felix Rijhnen. The deliberation takes a while: More than 20 minutes!
A claim has been filed for this race. In the end,France (Alexis Contin) wins in front of Korea (Wang Ho) and Spain (Paxti Peula). 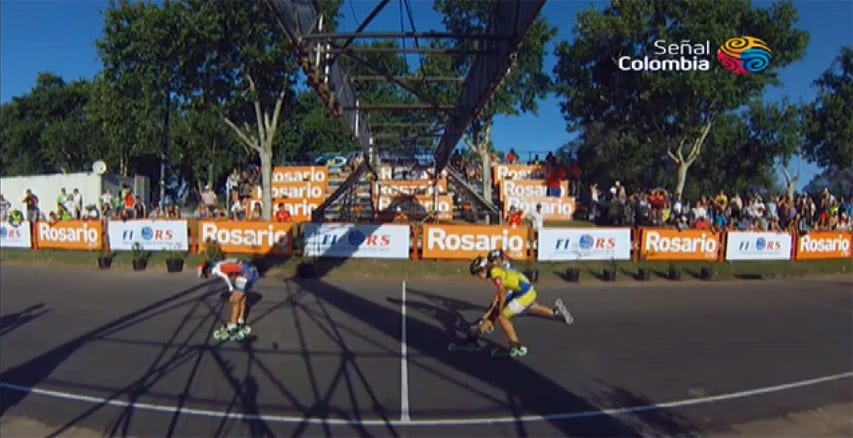 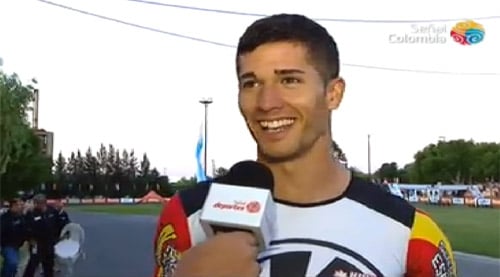 Italy is in the lead, followed by two Colombians and Argentina. The positions remain unchanged until the finish line where all the competitors find themselves head to head, the ranking will have to be played with final hawks. The Colombians, Yersi Puello and Hellen Andrea Montoya, win in front of Argentinean Rocio Berbel and Italian Erika Zanetti.

On tomorrow's -Friday- program are the ultimate races on road before the marathons, scheduled on Saturday, that will close that great 2014 edition of the Speed Skating World Championships.