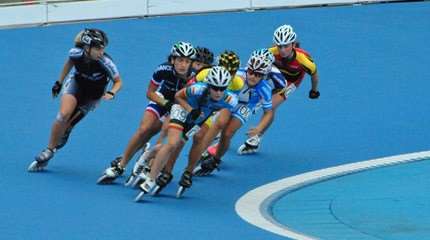 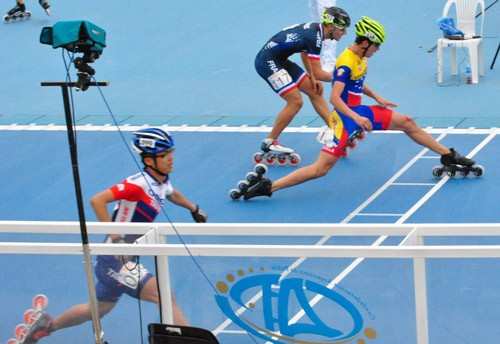 Once more, Sandrine Tas (BEL) lets her burst of speed do the talking. She takes over the race two laps from the arrival. Nobody can follow her. There's bungling in the back. The Belgian imposes herself in front of two Americans, Darian O'Neill and Franchesca Bell.

Edwin Estrada (COL) is in the lead during the whole race, leaving the other skaters fight for the runner-up places. Behind, the arrival is played with hawks on the finish line between Saho Cun Chuang (TPE), who ranks 2nd, and Quentin Giraudeau (FRA), who takes the 3rd place. The latter knew how to remain well placed during the whole race. Christian Torres (COL) finishes at the foot of the podium.

The race shoots off, led by Colombians Yersi Puello and Hellen Andrea Montoya, followed by Ecuadorean Ingrid Factos. Colombian Yersi Puello takes the lead and holds on to it. She crosses the finish line first, while the other competitors fight for the runner-up places behind her. The Colombians manage a double, with Hellen Montoya for the silver, in this powerful race.

With two Colombian rockets lined up at the start, the final of the 500 m doesn't leave much chance to the other competitors. French Elton de Souza manages to get the bronze behind Pedro Causil (COL), 2nd, and Andres F. Munoz (COL), 1st. Elton seizes the third place listening to his gut, launching a front hawk on the finish line and passing Korean Su Chul Jang, who finishes at the foot of the podium. 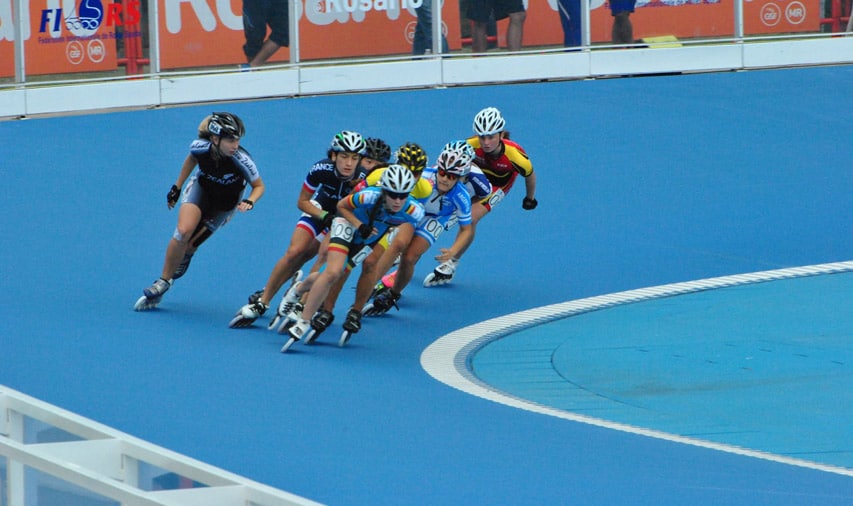 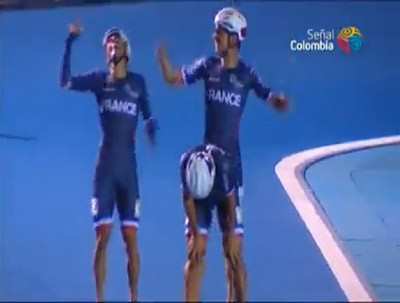 Would Asia be specialized in relays? Korea manages to win against Colombia and Chinese Taipei. The South American ardor wasn't enough. Sandrine Tas' Belgium is at the foot of the podium, just like Darian O'Neil's USA.

The South Americans will still have won a title in relay thanks to Venezuela. Julio Milero, Johan Guzman and Sebastian Paredes stand up to the Europeans. Italians Cistola De Flavis and Marschi take the 2nd place in front of the French Team, made of Benjamin Soulet, Quentin Giraudeau and Raphaël Planelles.

Asia is very present in the women's category. The Taiwanese let the powder do the talking, imposing themselves in front of the Argentinean Team, made of Maria Aria, Melissa Bonnet and Rocio Berbel. South Korea finishes with the bronze. Behind, it is a firework of disqualifications for Colombia, Germany and Italy.

The great nations of Speed Skating are lined up at the start - Yet, Italy is missing. On the American side, the team is made of indoor specialists such as Justin Stelly and Jarrett Paul, both agile and powerful skaters. The Belgians have made their way through to the finals, but they miss their main asset, Bart Swings. Colombia brings out the big guns with Causil, Jimenez and Munoz... As for Argentina, they count on Ezequiel Capellano, Juan Cruz Araldi and Ken Kuwada.
Last but not least, the French line up Nicolas Pelloquin, Alexis Contin and Ewen Fernandez. The Argentineans are overexcited in front of their public. Colombia doesn't finish the race and obviously doesn't reach the podium. The French get their second title of the day against Argentina. Korea, still in the running, completes the podium.

Flash interview with Ewen Fernandez (Team France)
"It's a wonderful way to loop the loop with my friend Nicolas Pelloquin, 9 years after having won the junior relay on track at the 2005 world championships together. We did it again, and we did it well!"

Final rankings of the relays

Photos of the 3rd day by Nathalie Planelles