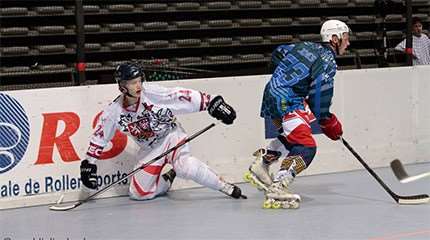 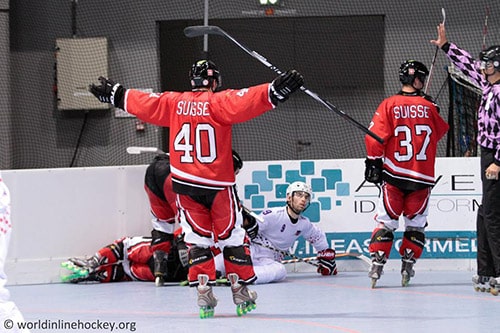 The French and Swiss teams open the Senior Men category of those 2014 Worlds of Inline Hockey on Monday evening. The Helvetians take quite a comfortable lead right away in scoring 3 goals in less than 10 minutes. Bernard Séquy, the French coach, changes goalkeepers for the rest of the game. The French manage to reduce the gap but can't contain the Swiss threat. The French will meet Canada for their second game.

After many twists and turns, the Mexican team finally reached Toulouse! For their first game, the Mexicans resist against Belgium, whose team re-entered the FIRS this year, after several years of absence.

Germany confirm their status of favorite for their ascent into Division 1.

Poland make a tie game for their entering into the FIRS, facing New Zealanders in constant improvement. Both team will fight against Latvia to seize the first place.

India cannot keep up with Latvia's power. The Indians keep on with their harsh learning of the world level. The only reachable objective for India seems to be the game against China during the playdone games.

Nikolaï Lapin goes down in history, being the first scorer for his country, 35 seconds after the start. The first Russian goal at the Worlds. The Brazilians tie 1 minute later but the Russians take control of the game. They already lead 3 to 1 at the break. Final score: 1 – 5. 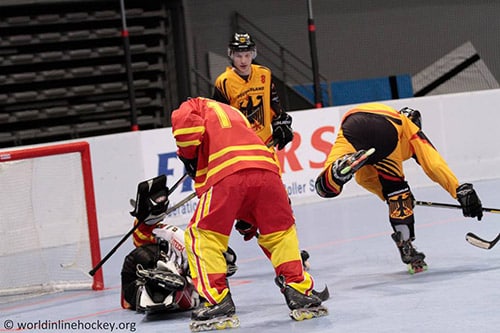 Although they are quickly led 2 – 0 by Namibia, Australia manage to catch up soon enough. In second period, the Australians change the lead in scoring 3 goals in 4 minutes. Their game against Spain will be determining to gauge their capacities.

Italy surprises the world vice-champions as soon as the 6th minute in opening the score. That team, that was said to be aging, proves to be very active and shows no complex. The two teams attack and counter-block each other. Score at the break: 2-2.
Back on the court, Canada takes the lead in scoring another goal. No points will be scored until two minutes before the end, where the Canadians make the most of Italian attemps to counter attack and heavily impose themselves. The final score does not reflect the surprising level of Italy.

The confrontation of the day was the game opposing the U.S.A. to Sweden, the Americans being eager to avenge the insult of their elimination in quarter finals last year. Despite a fast play with commitment on both sides, no penalty was given! The scores remain untouched for 15 minutes before Kevin Börjsson scores for Sweden. Not much impressed, the Americans retaliate two minutes later with Corey Hodge. In an extremely tactical game, both teams fight back and forth. While the end of the game comes closer, the Americans take the lead. Yet, the Swedish bolt doesn't yield once. And Börjsson even scores again during a counter-attack. Fortunately, Junior Cadiz only needs 30 seconds to tie back. Great scores relevantly reflecting the game, each team having gauge each other, in a group where the Czech world champions can also be found.

In the last game of the day, the wait is long before the scoreboard finally shows a point. Even if the world champions are a notch above the English, the work of the latters' goalkeeper, who doesn't leave any puck enter the net, is to be mentioned. He only gives in 30 seconds before the break.
In second period, the Czechs keep on with their setting up and score twice more with Sinagl and Kafka, bringing the score 3 to 0. The English would need a great feat not to go down to the lower group. 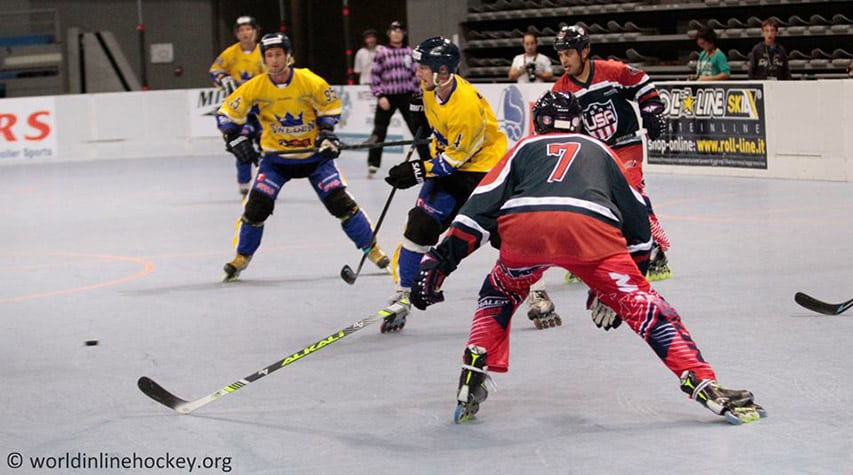 The world order is reversed in the Junior Women's category: Spain impose themselves 3 to 1 against the American world chamipons, while the English win 2 to 0 against the Canadian world vice-champions.

New Zealand continue to make progress on the world hockey Exchequer with a nice 4th place. Namibia wins 2 to 1 against Australia.
Let's note that all the games of that first day were played by a couple of points, showing the homogeneity of the Junior Women's level. 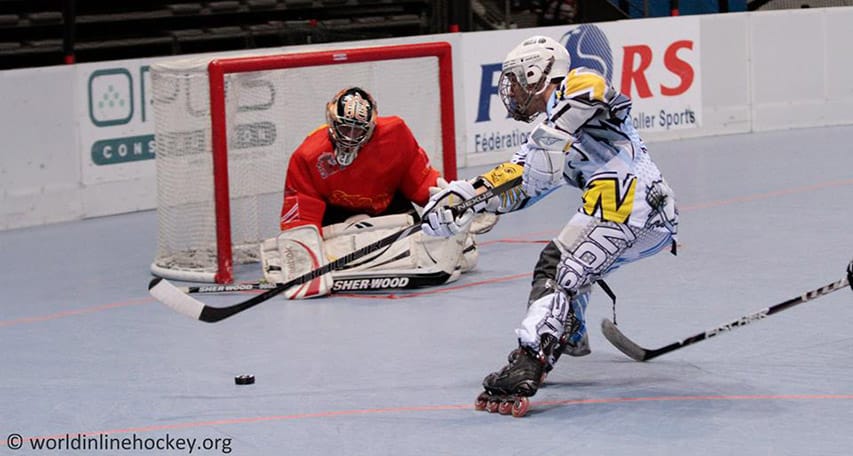