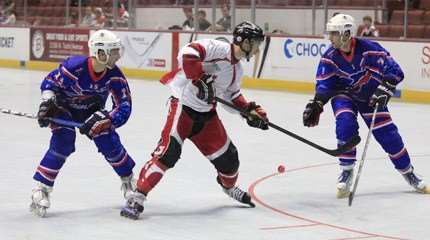 Second day for the Senior Men and Women at Anaheim, USA 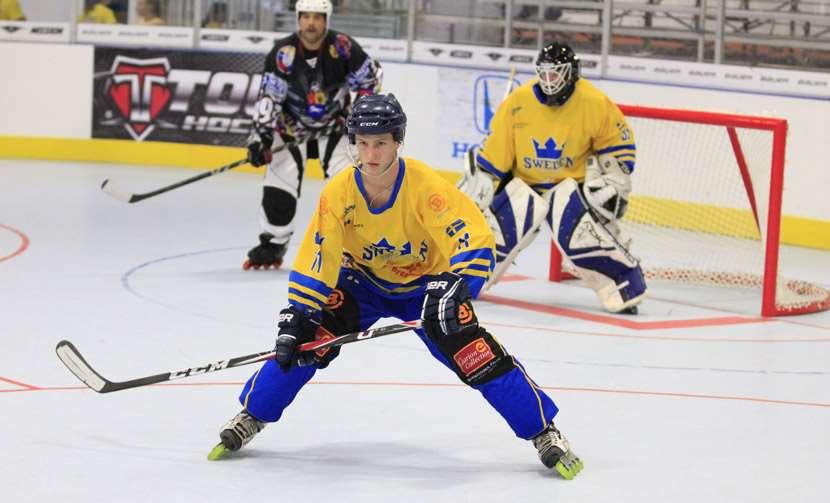 France gives in once again

Shortly before the USA did the show against Switzerland, France gave in 2 to 1 in a game during which they never found the means to break through the last opposing line.

Great Britain, Sweden and Australia lead the bottom groups before the last day of preliminary phase.

The French Seniors and Juniors lump together

The offensive weakness of the French Juniors last week, as well as their lack of efficienty cost them a place in the final phase. Their elders seem to follow the same way. Despite a good bunch of occasions, the French didn't get it on and got overtaken by more realistic Canadians. Their defeat 2 to 1 put them into a complicated situation. The game against Latvia tomorrow will be decisive. They will have to be efficient in offense as 2 goals in 2 games are not enough to serenely win games.

The American team is probably one of the most wonderful dream teams of the last years. Composed with the best players, it offers a great show as for the gameplay, the building up and the offensive skills.

Led by travis Noe at his best, the USA imposed themselves 5 to 3 especially thanks to a great start, 5-0 in the first 15 min.

The Czech Republic followed the move, jeopardizing the Latvian goalkeeper, 11-1. Italy recovered after a 9 to 0 victory on Columbia.

In the bottom groups, Sweden had a hard time getting rid of Venezuela, 10-5. Thanks to its key-victory against New Zealand 6-3, Germany can still hope for playing in the eighths finals. Same for Brazil despite their loss against Great Britain 5-2

Australia and Argentina share the first place of group E. The Australians excelled by their lack of fair-play after a crushing 27-0 victory facing Indian beginners. Team Argentina imposed themselves against Japan with 4 to 0.

Who wants the bronze?

While Canada had to face quite an interesting New-Zealander team, the USA were having a relaxing time against China (6-0). The clash opposing Argentina to Mexico resulted in a tie 2-2, leaving the door open to a good number of solutions in the race for bronze. Namibie, winner against Ausdtralia 2-1, might be one of them. Lat but not least Great Britain may come and crash the party.

For that last day of preliminary phase, let's have an eye on the France-Latvia and the Czech Republic-Canada games. In the Women's, the Great-Britain-Argentina game should provide a great show.

Main results of the day

Second day of competition for senior men and women

Shortly before the U.S.A do the show in the encounter against Switzerland, France lost 2-1 its match against Canada. The Blues were unable to find the breach in the wall of Canadians.
Great-Britain, Sweden and Australia lead their pool before the last day of preliminary phase.

French senior and Junior are taking the same way

The weakness of the junior French attack last week and its lack of efficiency cost her a place in the finals. Their elders also seem to follow that path. Despite the fact that they have created a large number of occasions, the French players failed to score. They were beaten by a more realistic Canadian team. The 2-1 loss puts them in a difficult position. The match against Latvia will be decisive tomorrow. France will have to be more effective offensively. With only two goals in as many games, the addition is not sufficient to win serenely the next matches.

The U.S. team is surely one of the best "dream team" ever composed ??these last years. With the best players, it offers an impressive spectacle, both in the construction of the game and also thanks to its offensive skills.
Led by Travis Noah in top form, the U.S.A. beat Switzerland 6-3. The USA dug the gap 5-0 in the first fifteen minutes of play.
The Czech Republic follows the rhythm, undermining the Latvian goalkeeper 11-1. Italy gets back on track with a 9-0 victory over Colombia.
In the other pools, Sweden struggled to get rid of Venezuela, 10-5.
Thanks to its 6-3 victory against New Zealand, Germany can still hope to play a 1/8th finals. The same goes for Brazil, despite its defeat against Great-Britain 5-2.
Australia and Argentina share the first place of the group E. Australians were "brilliant" by their lack of fair-play after their 27-0 victory against the beginner players of India. Argentina beats Japan 4-0.

The quest of Bronze

They are still likely to be eligible for podium: Canada has faced an interesting New Zealand team. The United States has cruised against China 6-0. The clash between Argentina and Mexico resulted in a 2-2 draw, suggesting a tough battle for bronze. Namibia, winner of Australia 2-1, could be it. And finally Great Britain can be a spoilsport.

Wednesday is the last day of the preliminary phases. We will be watching the match France - Latviaas well as the encounter Czech Republic - Canada. in the women's category, the  match opposing Great Britain and Argentina should be a great show. 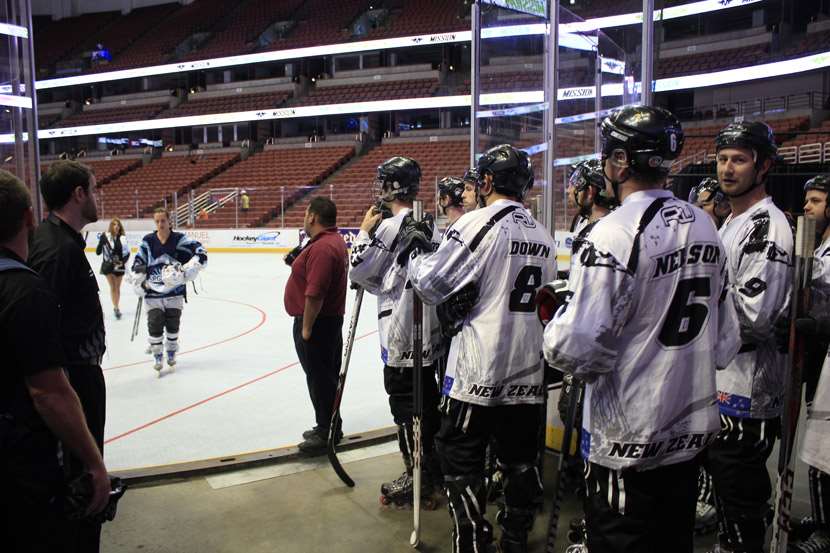