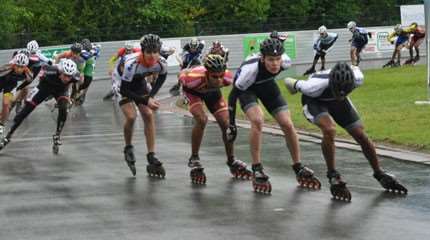 The first two days were the most chaotic with difficult weather conditions. The 300 meters Sprint Cup had to be canceled.

The forces involved in the 2013 International Criterium of Gross-Gerau 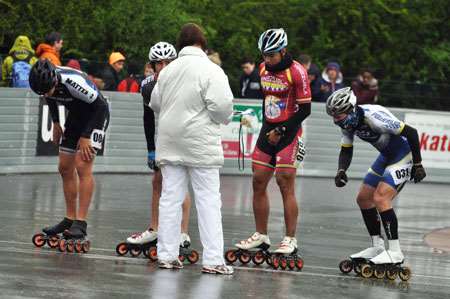 The competition had serious assets to bring with quantities of medalists and World Champions on the start line.

Summary of the Senior Women's competition

The Dutch Manon Kamminga (Powerslide Matter Racing, NED) won the competition. She finished first in the 500 m and 5000 m point races before taking the fourth place in the elimination race.

In the women's ranking, she finished ahead of her teammate Katharina Rumpus (GER), which improved her performance over the races (6th, 3rd and 2nd). Katharina Rumpus shows a great versatility in both sprint and long distance races.

The third place went to the Italian World Champion Francesca Lollobrigida (X-Tech). After a 10th place in the 500m sprint, she took the second place in the point race and won the elimination race.

Download the complete results of senior women in pdf

Bart Swings is still the man to beat

Even if Bart Swings (Matter Powerslide Racing BEL) did not achieve a great performance in 500 m sprint, he won easily the 5 km point race and the 10,000m elimination race. The Belgian skater leaded at a high pace early in the 5km point race. He escaped and grabed handfuls of points. Ariens Crispijn (A-ware-Powerslide, NED) chased and came back in his wheel. He also took a few relays.

Behind him, his teammate Felix Rijhnen (Powerslide Matter Racing, GER) took second place overall. Underachievement in the 500m where he took the 21st place. He seemed in better shape in the point race by getting second place. He also finished third in the elimination race.

On the third step of the podium, there is Alexis Contin (Bont Geisingen Arena Team, FRA) The French skater prefers long distance races rather than sprint. He took the bronze just ahead of Joris Garderes (RPM Poli, FRA) who finished with the same amount of points.

Download the complete results of senior men in pdf 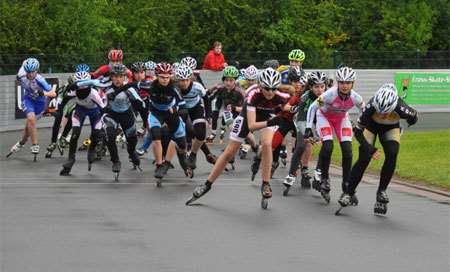 Download the complete results of Junior A Women here

The Venezuelan Sebastian Paredes was chosen a few weeks ago by Yann Guyader to represent his country in Europe. He did not made ??the trip for nothing as he won the competition ahead of the local Philipp Forstner (Blau-Gelb Groß-Gerau/Powerslide, GER). Despite worries of compartment syndrome, Raphael Planelles (Straight, FRA) took the 3rd place.

Download the complete results of Junnior A Men here

Come on, let's dare a short analysis! It seems that the skaters who have practiced on ice during the winter are sharpened. Manon Kamminga, winner in the senior women's category participated in the Long Track Ice-Skating World Cup this winter, as Bart Swings for men.We may also mention Alexis Contin (3rd, FRA) in Olympic preparation, Francesca Lollobrigida (3rd, ITA) and Katharina Rumpus (2nd, GER) who also practiced on ice. It will be interesting to analyze their performance in the upcoming World Championships in Oostende! 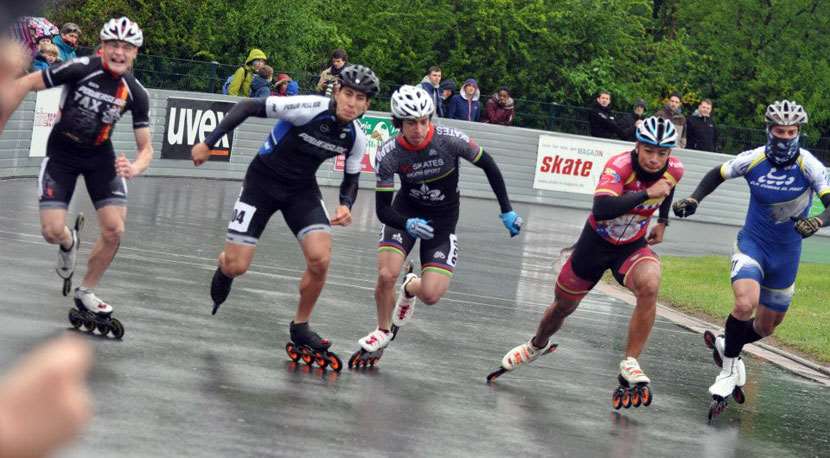 Complete results of the 2013 International Criterium of Gross Gerau